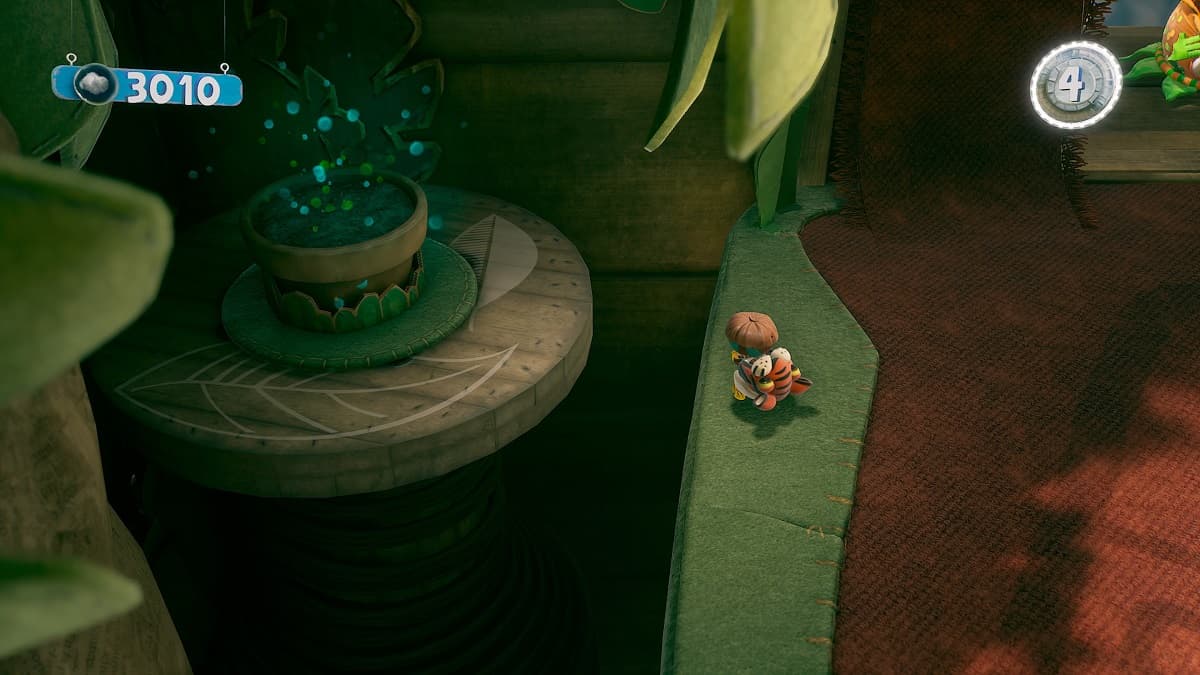 The first level on the Colossal Canopy world in Sackboy: A Big Adventure is Sticking With It, and it’s where you meet cockney voiced Moma Monkey for the first time, one of the game’s many colorful and heartwarming characters who will assist you along the way.

It consists mostly of using honey on your feet to run and roll around a level with marching bugs that need to either be stomped on or avoided and some fighting frogs along the way. However, you will reach a section at the level that is not clear exactly what you need to progress with it.

Just after the multiple spinning discs section is a large clearing with a huge, singular spinning disc in the middle, two ramps in front of you that will lead to unlocking the next branch of the level via a cannon flower, and a plant pot on the left with a combination of green energy and water droplets flowing through it. It won’t activate by jumping or slamming it.

Instead, what you need is a seed that you can plant into it, but there are none on the level as you see it. You need to head to the right side of the clearing, and you should see a gap in the wall. Jump and grab the ledge heading inside, and you’ll bump into Gerald Strudleguff, the explorer character who has popped in previously in the adventure. He’s trapped by a bug, so stomp on it, and he’ll offer you a Dream Orb for saving him.

However, you need to look at the bottom right of this room between the two sets of bananas. The lighting is very poor, so it can be tough to see, but there will be a seed there with blue and black stripes. Hold R2 to pick it up, and take it out of this little cave and over to the potted plant.

Stand on the pot and throw it. The seed should just drop straight into the pot and grow into a beautiful flower that will then spew out for you a Dream Orb, the fourth of the level.