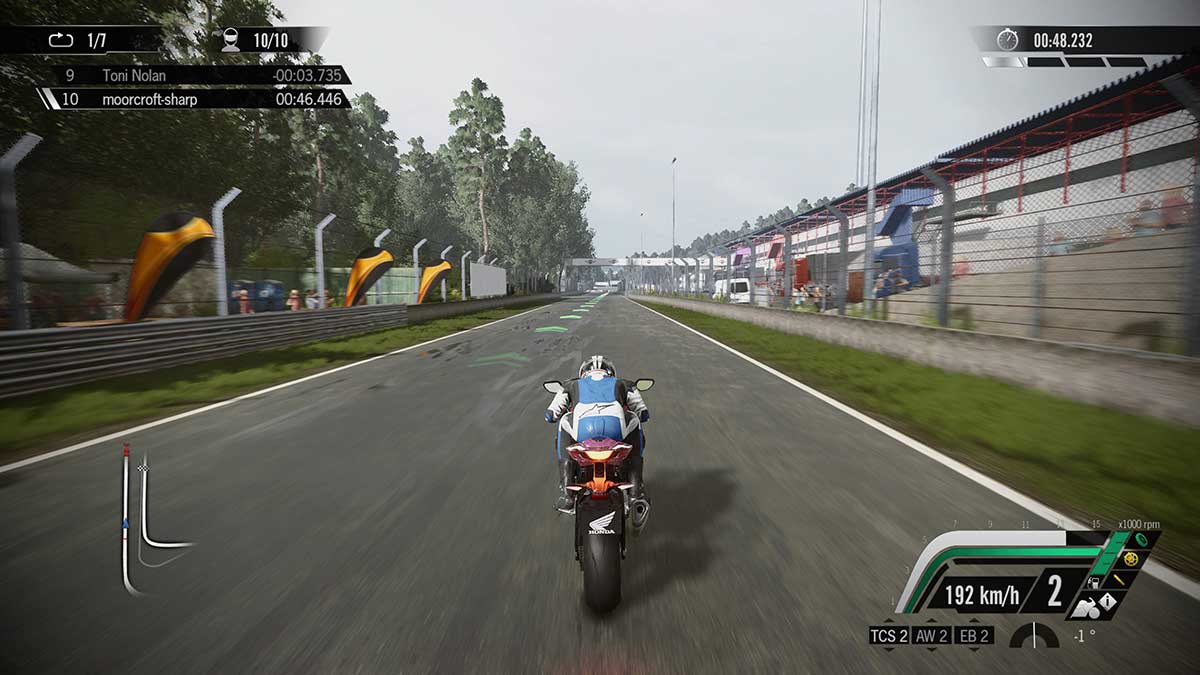 During your time with RiMS Racing, you’ll likely find yourself restarting races repeatedly because you’re being hit with a penalty before you’ve even started a race. However, there are three main ways you can avoid the false start penalty, all of which we’ve covered in this guide.

The easiest way to avoid a false start penalty is to accelerate only once the red lights are gone. This indicates that the race has started, and you can safely move on from your starting position without taking a hefty punishment. The downside to this is that you won’t be as quick off the mark as you would be if you had some revs in your engine.

The game doesn’t teach you in its tutorial that there’s a clutch for you to control. Holding the clutch button allows you to build up some revs without shooting off from the starting mark. The clutch button is L1 on PlayStation, but this will be around the same position for all platforms. Hold the clutch while the red lights are on to build up your revs. Then, once the lights are gone, you can let go of the clutch and speed away. Just try not to build up too many revs before letting go of the clutch. Otherwise, this will have the opposite effect and cause you to stall.

Turn the penalty off

If you’re constantly holding the acceleration button and getting hit with this penalty, you can turn it off to avoid that colossal hit to your time in every race. Admittedly, it will remove some of the game’s realism, but it might be worth it if you’re struggling to remember to avoid touching the button. Particularly on PlayStation 5, even a brush of your finger across R2 can cause your bike to jump forward and this penalty to trigger. That won’t be the case with it turned off, though.