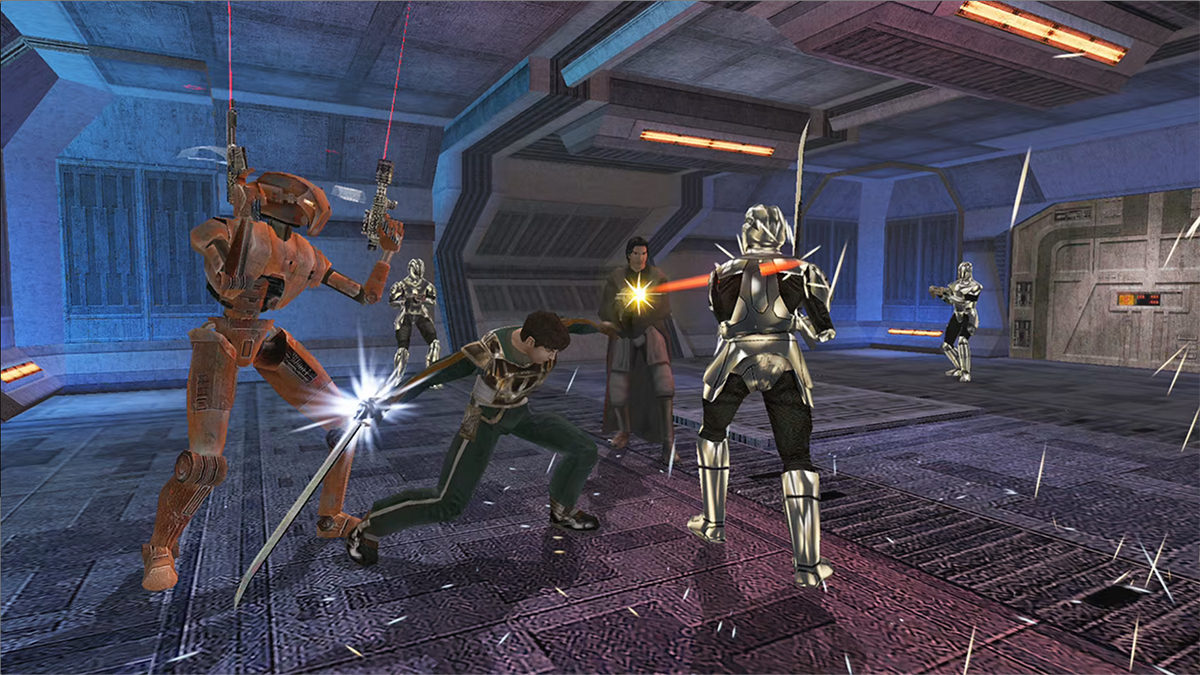 There are several options for playing Knights of the Old Republic 2, and the most recent is a Nintendo Switch port. Unfortunately, it came with a game-breaking bug that’s preventing some people from enjoying the whole RPG. Here’s everything you need to know about that.

What is the Basilisk crash in KOTOR 2 on Switch?

The crash occurs around the middle of the game. At some point during your adventure, you will land on the planet Onderon with a Basilisk War Droid. It’s at this moment that the game crashes — the cutscene ends, and the game simply stops working. It’s worth pointing out that not everyone who plays KOTOR 2 on Switch is encountering this crash, but it is unfortunately very common and prevents people from being able to finish the game.

How to avoid the Basilisk crash in KOTOR 2 on Switch

If you’re one of the players suffering from this crash, there is a workaround. Developer Aspyr has posted the steps on its support page, and they involve opening a hidden menu. Aspyr wants players to warp past the point of the crash, and that requires opening the game’s cheat menu. To do that, click the left stick three times, select the cheats option, then choose to warp. Aspyr recommends “warping to a random location while on the party selection screen before the cutscene.” After that initial warp, follow the same steps and send yourself to “OND504,” as this will drop you safely past the point of the Basilisk cutscene. Do not warp to the Merchant Quarter, as this will cause its own crash.

Will there be a patch for the Basilisk crash in KOTOR 2 on Switch?

Yes, this problem will be fixed in the future. “This is a known issue and will be addressed in the next patch,” Aspyr declares on the same support page. There is no ETA on that patch, but it’s good to know that the crash won’t be a problem forever.