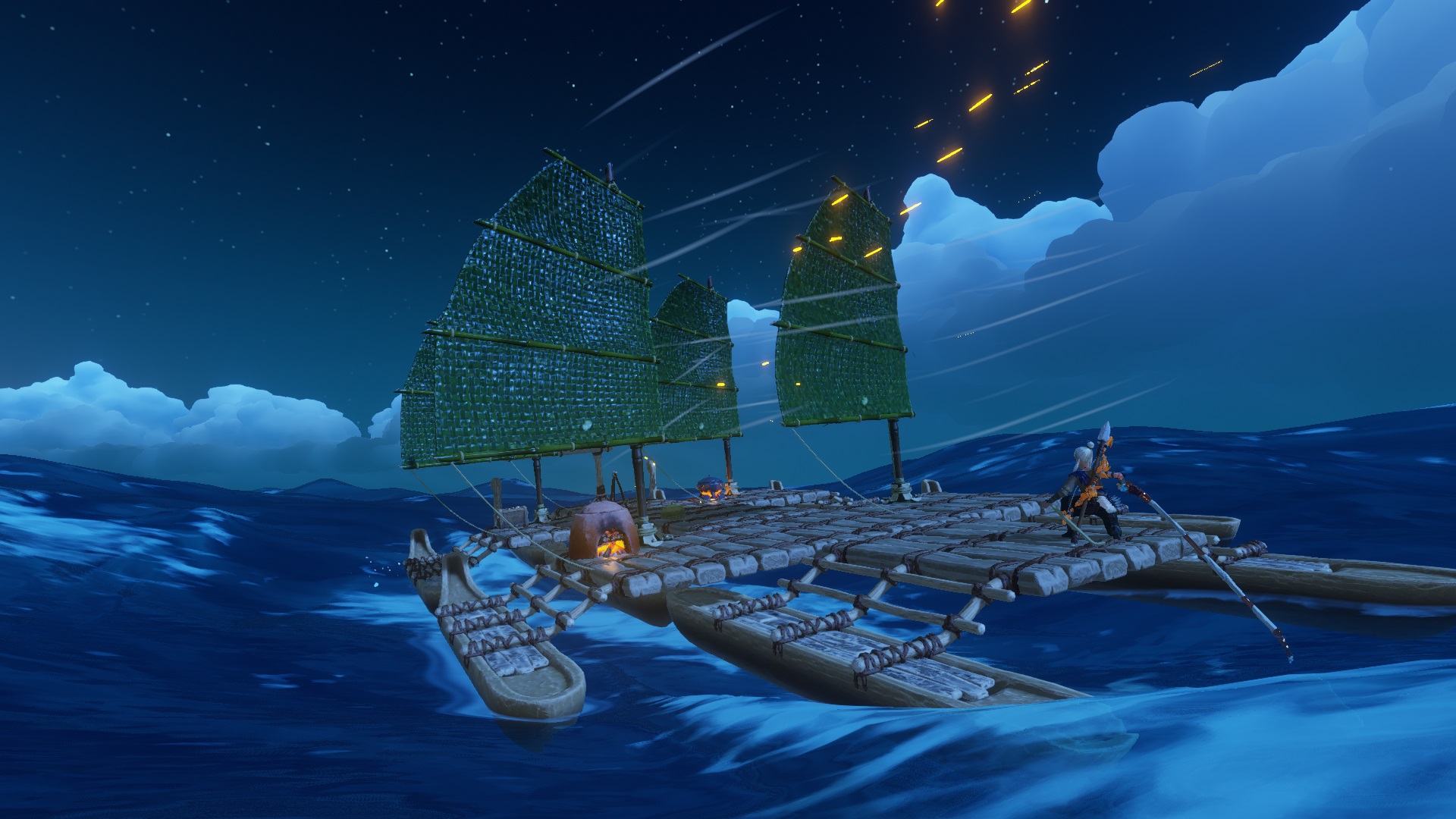 The Gorehorn is a sizeable four-legged creature you could easily mistake for an overgrown rhino in Windbound. It has a heavily armored front that you can use as a viable resource in a handful of recipes when you take it down. Notably, you can use the crest to make a shovel. Taking it down is not an easy task, and you want to do your best to avoid hitting it in the front because of its sizeable protective section.

A Gorehorn has several attacks. If you hit it from afar or get too close, it usually tries to charge you. You can see it preparing a charge when it grinds it feet into the ground and then rushes forward. Try readying Koro by targeting the Gorehorn, and then dodge to the left or right. You don’t want to run into it from behind, even if it’s unarmored. It has a mean back kick that knocks you down, and it has a powerful front attack. Your best bet is to dodge from the side and then hit it with some arrows.

You can also try dodging away from the creature and then roll forward to hit it on its side. Attacking it from the side is likely the best way to take it down without taking too much damage. The same goes for hitting it from afar, such as dodging its charge attack and then firing at its sides or back. Unfortunately, after it starts to become low in health, it will try to run away. You can chase after it to bring it down, but don’t go behind it too much, or you’ll take a hit from its back legs. Keep a reasonable distance away, using your spear or bow.