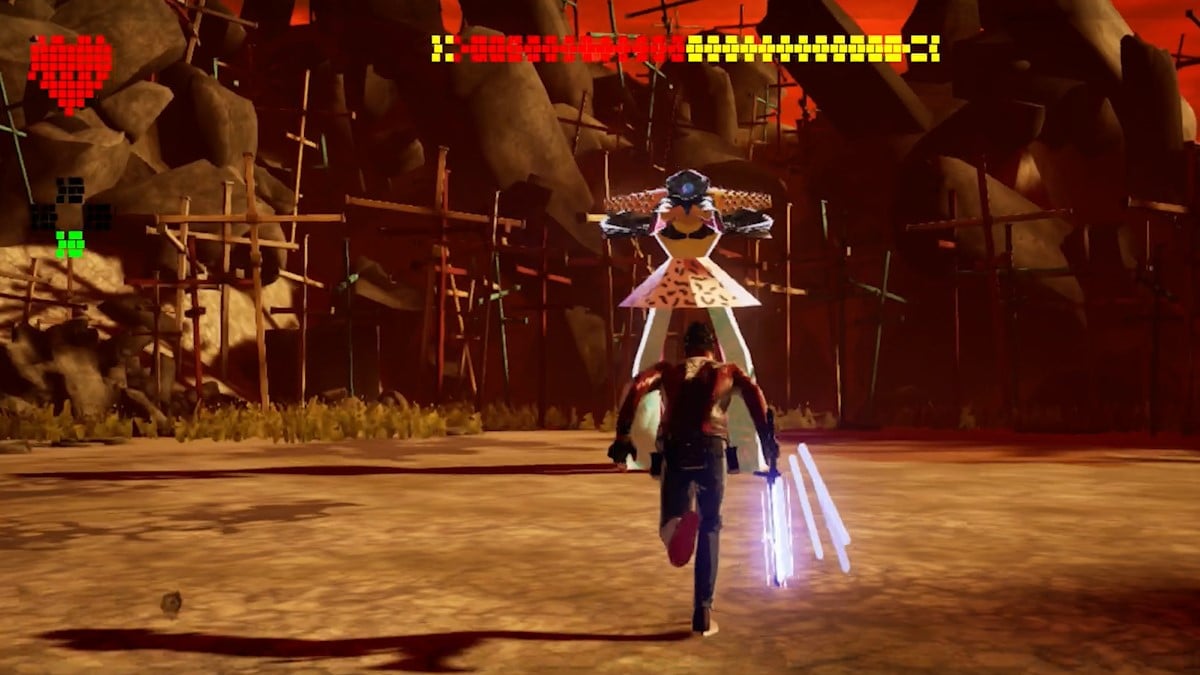 Blackhole is the first boss that you will take on in No More Heroes 3. As the name suggests, they can bend space and time to teleport around, and are prone to explosive bursts of energy.

The trick to beating Blackhole is similar to other bosses, you simply need to learn their attack patterns, but what might get you killed a lot in this fight is a lack of patience. Blackhole hits hard and deals a lot of damage. If you stay in the pocket too long trying to do damage, you will pay the price for it.

Your main chance to do damage to Blackhole is when they are standing still, getting ready to charge an area of effect attack. Dive it and do combos, watching for black tendrils of energy to appear on the ground. When they do, dodge back out to avoid damage. Keep repeating this until Blackhole disappears.

Now is the time to be on your toes, as Blackhole has two different attacks they can do with portals. The first is to make multiple portals appear all around you, and arms will come out of them, trying to punch you. Prepare to dive out of the way, but double back because the last will pause for a few seconds, giving you a precious window to inflict damage.

The other attack is a large portal appearing, shooting out a beam of energy, then darting quickly across the arena, damaging anything in its path. You should have ample time to dodge these if you stay alert. That is the first portion of the fight, after you hurt Blackhole enough you will be teleported to a new area. There will be three blackholes nearby, just dive down them all until you reach Blackhole and it switches to the next stage of the fight.

For the second portion, you will become Armored Travis, floating around Blackhole. You will have two attacks, one homing missile attack, and another energy beam attack. Your energy beam attack charges slow, loses energy when you dash, and you need to hit the enemy’s head to damage them, but it’s hugely effective.

The trick here is to dash just enough to dodge the incoming projectiles, and mix up your attacks between the main beam and the missiles.