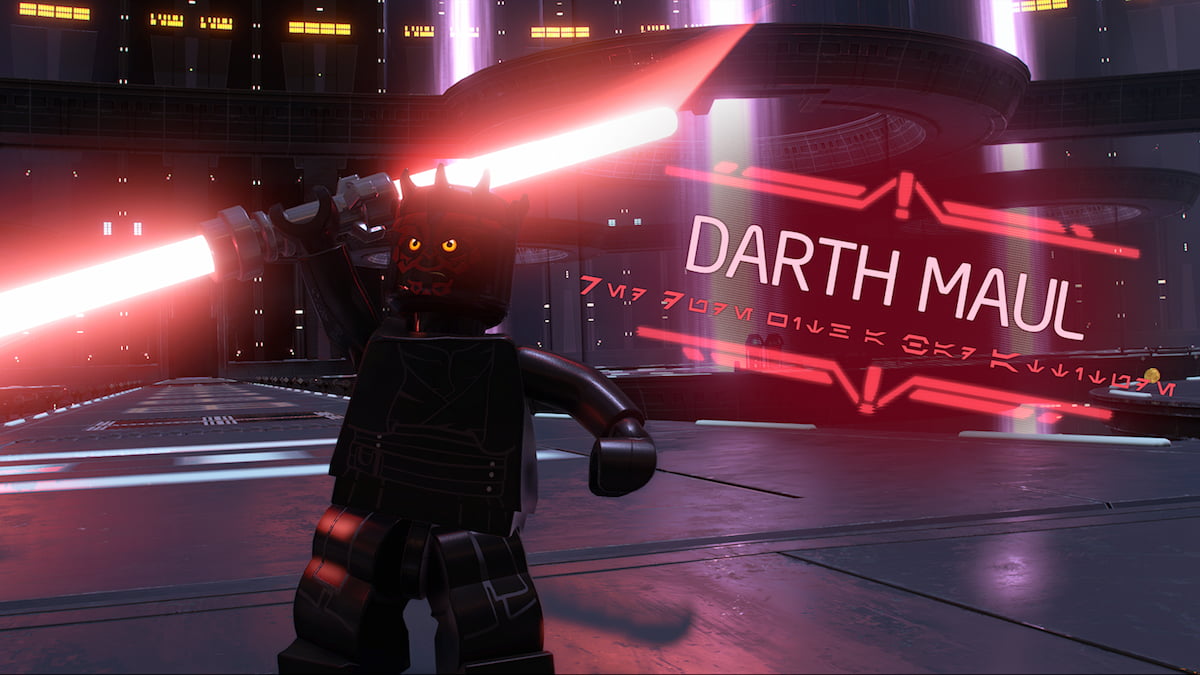 Darth Maul is one of the primary adversaries you’ll have to battle against as you play through the Lego Star Wars: The Skywalker Saga. You can fight him as you near the end of Episode I: The Phantom Menance, and you’ll have to use Obi-Wan or Qui-Gon to take him down. In this battle, the duel of fates will be fought and comes with a tragic ending. In this guide, we cover how to beat Darth Maul in Better Call Maul in Lego Star Wars: The Skywalker Saga.

When you initially battle against Darth Maul, he will move over to the left or right side of the arena, and he’ll attempt to throw a piece of debris at you. As a force user, you’ll want to grab it by holding down the Class Abilities button, which is B for the Xbox Controller, the circle for PlayStation, or the A button for the Nintendo Switch. After you grab the debris, throw it back at Maul to damage him, and then he’ll swoop in to attack you.

Throughout the course of the fight, you’ll have to prepare for many of Maul’s continuous attacks. While further away from you, Maul will dash at you in a straight line highlighted by a red outline that you’ll need to dodge after he’s finished charging it.

You’ll also want to look out for his jump attack. The area he’s going to land and attack will be highlighted by a red circle.

The other attacks similar to these two that Darth Maul might use include a close-range attack where a red circle will appear in front of Maul, which you’ll want to dodge. There’s also another jump attack that Maul will do, but at a shorter distance.

If Darth Maul clashes sabers with your character, you’ll need to click the appropriate button prompts to win the clash. There are two clashes that you might engage with. The first will have you constantly clicking buttons, such as the Y button on the Xbox controller until you win the clash. The other is clicking the button prompt until the bar fills, winning the clash. In both cases, you were only clicking a single button, so multiple clicks were not required.

After you defeat Maul’s first health bar, he will run away and you’ll need to pursue him. Battle droids will appear to attempt to bar your path, but you should be able to make short work of them, along with the Droidekas. Once you’re up the elevator, Obi-Wan and Qui-Gon will be on either side of Maul. You’ll need to attack Maul on the side he is not spinning his lightsaber, or you’ll be continually pushed away.

You’ll have to do this several times, switching back and forth between characters. After completing this sequence, a cutscene will play out, and Darth Maul will be running away, destroying the floor behind him. You have to jump on the first platform to avoid the electrical floor and wait for the button prompt to appear on the next platform before jumping. You will do this the entire way to Darth Maul.

Upon reaching Darth Maul, he’ll destroy the floor leading to him, separating the panels out. You’ll have to go to the right or left side to reach an elevator to make your way to the top to pursue Maul. The elevator will be broken, and you’ll need to use the force to lift up the power coupling to fix it.

When you reach the top, Maul will jump down and you’ll need to follow him. Here, he’ll use many of the same attacks he used during the first battle, so you can use the same tactics you used at the beginning of this battle.

Once you’re on the other side, similar to the previous battle, you’ll have to fight against Darth Maul. He’ll start the fight by choking you with the force, and you’ll need to use your left thumbstick to get free, and then the battle should proceed with Maul using the same attacks as the ones at the start of the fight.