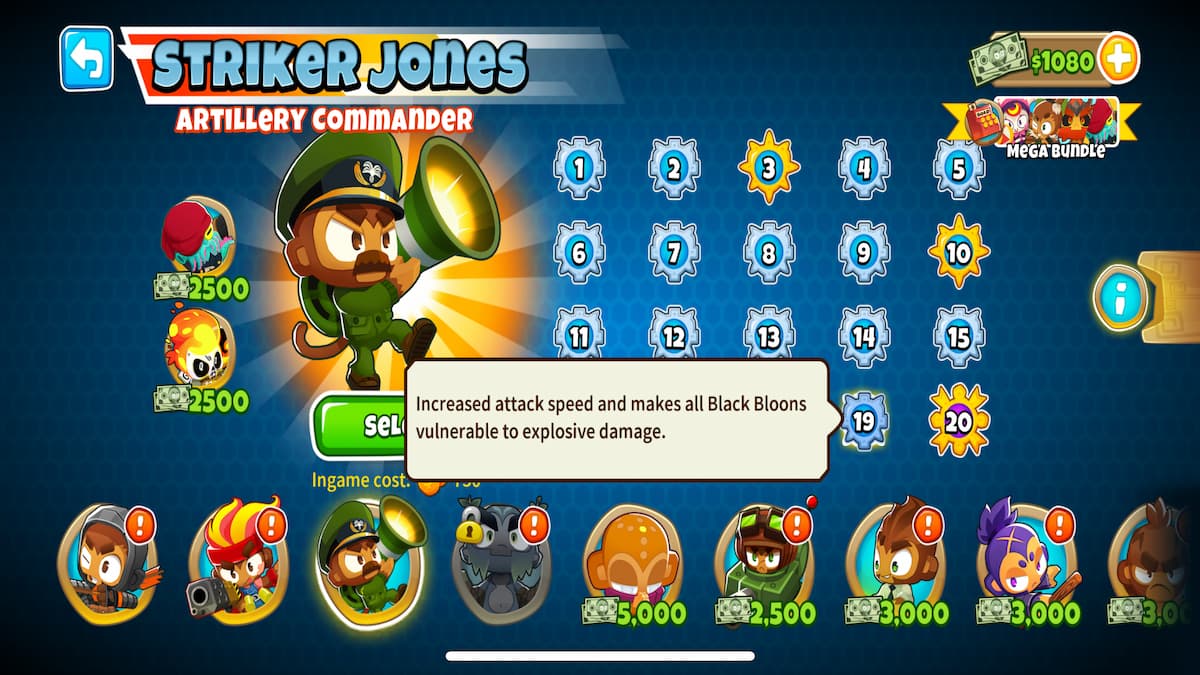 Dark Dirigible Titans, or DDTs, are the heaviest class of enemies in Bloons TD 6, appearing only after wave 90. They share traits with other MOAB class enemies and are also the fastest moving of all MOABs. To make the situation more complicated, DDTs have the traits of Camo, Black Bloons, and Lead.

Why DDTs are hard to kill

DDTs are among the hardest enemies to deal with for three reasons, from least important to most important.

Three tools for dealing with DDTs

With those traits in mind, these are three tools to build around so you’ll always be ready for DDTs.

Monkey Villages enhance nearby monkeys. Using the Radar Scanner and Monkey Intelligence Bureau, you can turn any monkey into a DDT killing machine.

Snipers excel at killing all MOABs, including DDTs. Three or four snipers with Maim MOAB unlocked will freeze DDTs in their tracks. You will also need either Monkey Villages or Night Vision Goggles to deal with DDT stealth — either is a viable option.

Striker Jones is a hero unit that specializes in artillery. At level 4, he allows your monkeys to deal explosive damage against Lead balloons like the DDT, and at level 19, Lead balloons will be weak to explosions. You could even pair this with the Shrapnel Shot upgrade on Sniper Monkeys in order to give them explosive damage and make them even stronger against DDTs.