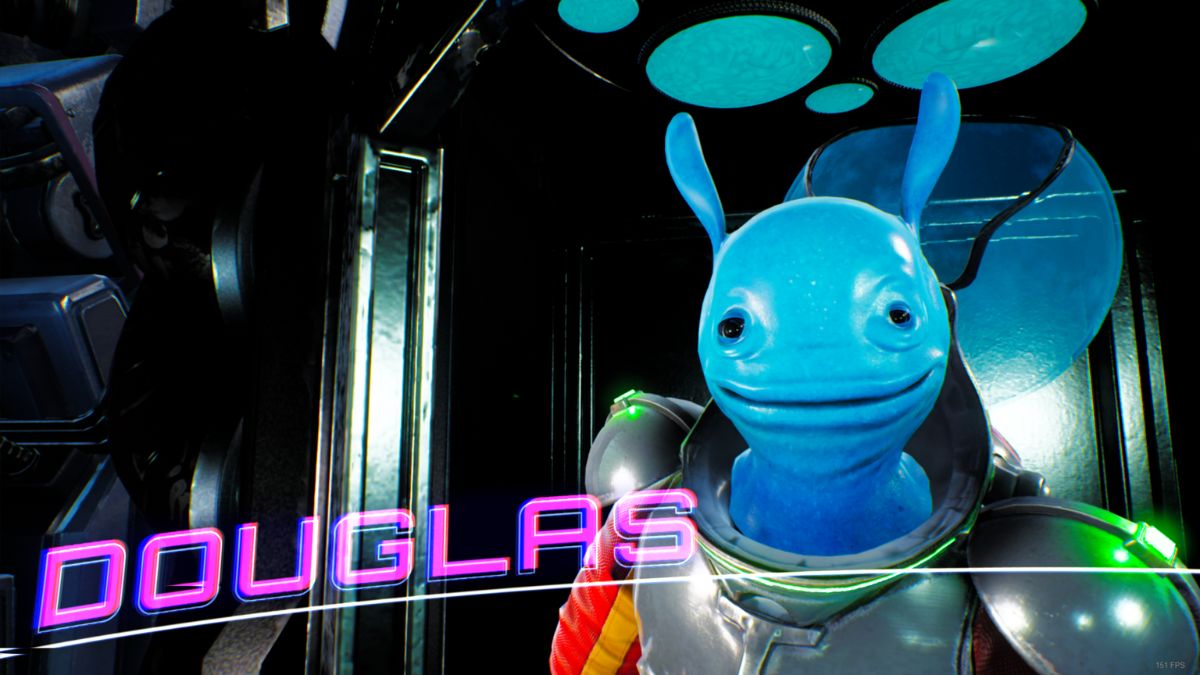 Being the best bounty hunter in the galaxy means giving no mercy to your targets no matter how nice they appear to be. While Douglas first appears as a cute octopus-like creature, he quickly is revealed to be nothing more than a dirty scoundrel. Put your past feelings aside and take him down so that no more G3 units can be trained. This guide will show you how to defeat Douglas in High on Life.

Douglas can be the second or third boss in the game for you depending on whether you choose to fight him or Krubis first. After a long trip through the G3 training facility, you will arrive at Douglas’ boss room where the octopus-like alien you have been helping is revealed to be evil (didn’t see that coming). The fight then starts off with Douglas jumping from pillar to pillar, shooting you for a brief time when they land.

Use the pillars for cover if needed and shoot Douglas whenever he is positioned on a pillar. After a short while, Douglas will drop to the ground and continue to fire at you. While Douglas is on the ground, the various panels under you will start to glow and then spark with electricity. Damage Douglas while avoiding the electric panels on the floor.

When Douglas loses about a quarter of his health, he will send out a group of G3 units. Dispatch of them and continue to attack Douglas as he repeatedly jumps from the pillars and electrifies the floor. After Douglas’ health drops to around half, he will start shooting you with ink. Avoid the ink globs or you will be slowed for a brief period of time.

Once you deplete Douglas’ health bar, he will jump to the pillars and jump around until he falls to the floor and gets electrocuted. Stay out of the center of the arena until the electricity dissipates. When the electricity is gone, you can collect your trophy from Douglas and free the Gatlian called Sweezy.