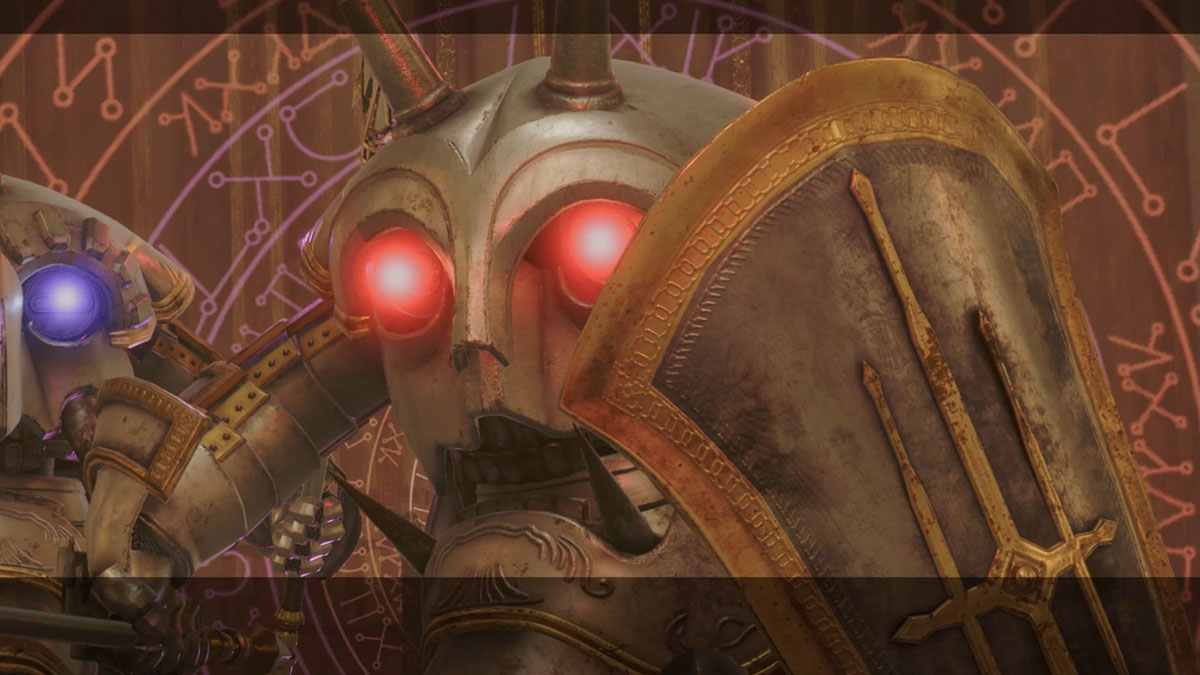 The first boss fight in Nier Replicant is against two living statues at the Lost Shrine. You will need to take them both out to get to your sister, who is trapped behind a wall of energy.

The fight begins with waves of Shades appearing, so take them out while also attacking the floating book that is trapped between the two statues. This is Grimoire Weiss, and after doing enough damage, you will free him and he will help you.

Keep fighting the Shades until the statues come to live, and then the real battle begins. Both statues are armed with large weapons that they swing in wide arcs, and they have a shield in their offhand. The shield makes hitting them awkward, so use dodge rolls to get behind them and do as much damage as you can.

While both statues start the fight, one of them will form an energy shield, making it impossible to damage them. This also means they cannot move, so you can simply focus on the one without the energy shield, switching targets as you need to. Stay close, doing damage with melee is more efficient that the Dark Blast from the Grimoire.

Eventually you will take one of them out by knocking it over and striking the marked weakpoint with your sword. The remain one will start summoning Shades and performing ranged fireball attacks. Use the Grimoire to take out the Shades and destroy the fire balls, and keep doing as much damage as you can. For the rest of the fight, you need to be careful of these fireball attacks, and occasional slam attacks that cause fire to erupt from the floor.

It is a good idea to keep your distance and use ranged attacks from the Grimoire to finish up the fight and chip away at the remaining boss health.