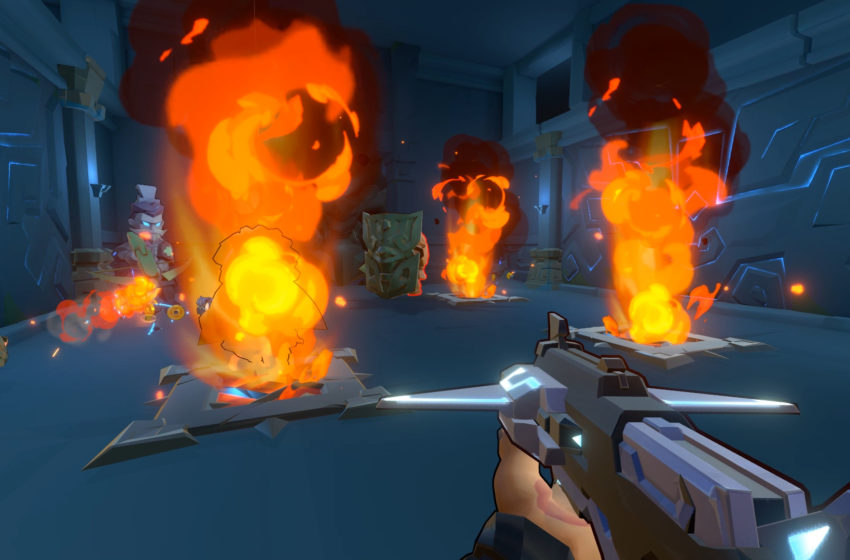 Lu Wu is the first boss you will run into in Gunfire Reborn, and he can be a harsh introduction to the uptick in difficulty that boss fights can represent. While you can get through the first level without relying too much on your dodge skill, in this fight it is going to be vitally important to combine using your dodge in conjunction with cover.

Lu Wu can perform multiple highly damaging attacks, and you will need to either utilize the cover from the standing stones in the arena or prepare to dash out of the way. The bad news is that he can attack while your dash is down, so try to make sure you are dashing towards cover, and not leaving yourself exposed.

You should also be aware that you need to chip through Lu Wu’s shield, then damage his health. After he takes enough damage he will retreat to recharge his shields while some smaller enemies spawn in. Take these out swiftly, as you don’t want them still being alive when the big boss returns.

It can get a little difficult because some of the enemies will leave behind an area that causes damage over time if you step in it, so be sure to avoid them when fighting Wu Lu. If you have a weapon that does electric damage, you can take care of the shield pretty quickly each time he recharges it.

Lu Wu has multiple types of attacks. He can shoot at you, which will involve him raising his hand, telegraphing the incoming damage. Get behind a pillar, as a dodge for this one can be difficult to time correctly.

He will also try to close the distance by jump at you, landing a vicious blow if he gets too close. Use your dodge to avoid this, then make some space between you and get close to another boulder. If you hang around, he will try to slam the ground, which can do a lot of damage.

Lu Wu can also throw rocks at you, but these are pretty well telegraphed by a glowing circle on the ground, giving you time to get out of the area.

It does without saying, but limiting the damage you take is a must, so focus on learning his attack patterns, dodging them, and then chipping away at his health.