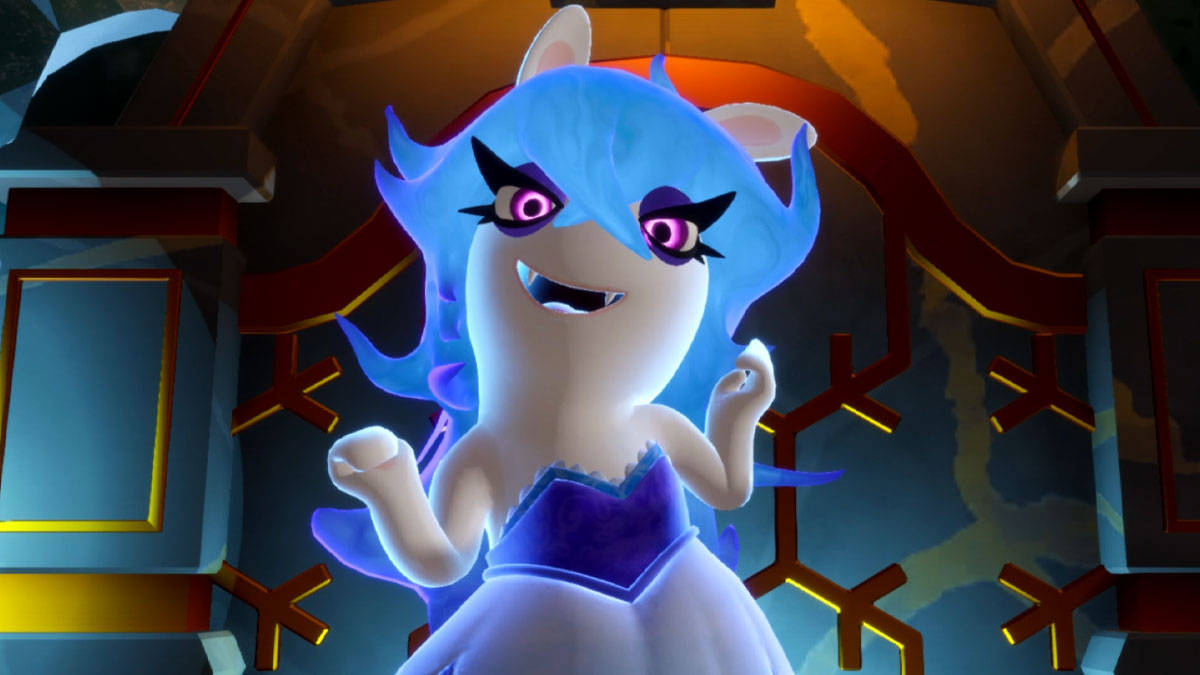 Mario + Rabbids: Sparks of Hope’s ice world has a castle, and the lady of the keep holds Rabbid Rosalina hostage. Her name is Midnite, and her battle is a real test of endurance. If you go in blind, you might get some unfortunate surprises as the second and third phases begin. Luckily, we can help prepare you for everything the fight will throw at you.

How to defeat Midnite

Midnite’s fight comes in three phases, but don’t let that scare you: all three are virtually the same, but with slightly different arena layouts and enemies. The same general strategy applies for every step of the battle.

That strategy starts with Rabbid Rosalina, who will join you for this battle — it’s the first one where you get to control four party members. This is good because it lets you bombard enemies with an extra pair of attacks. Rabbid Rosalina’s special move, Ennui, is a godsend for this battle because it locks enemies in place for one round (or until they take damage). Make generous use of that, especially since Midnite teleports away on her turn every time she gets hit. Locking down the other enemies in the area will let you safely chase her down.

Since this fight has three phases, you’ll definitely want to bring along Rabbid Peach for healing. The good news is that anyone who goes down will come back with 1 HP if you make it to the next phase, giving you a chance to patch them up. However, that absolutely does not mean that you should get cocky. Pace yourself in the first two rounds, and be extra careful when the sniping Lone Wolves show up since their overwatch attack will pop you if you cross their line of sight. When you reach phase three, you can play a little looser and gun for Midnite specifically, but until then, be smart and don’t let her minions overwhelm you. When you target Midnite, make use of your Spark attacks, too: she is particularly susceptible to Splash damage.

This boss battle can feel like a marathon, so pace yourself accordingly. Stay healthy and stay on the offensive, but don’t be too aggressive till the third phase. After that, Midnite will go down for good.