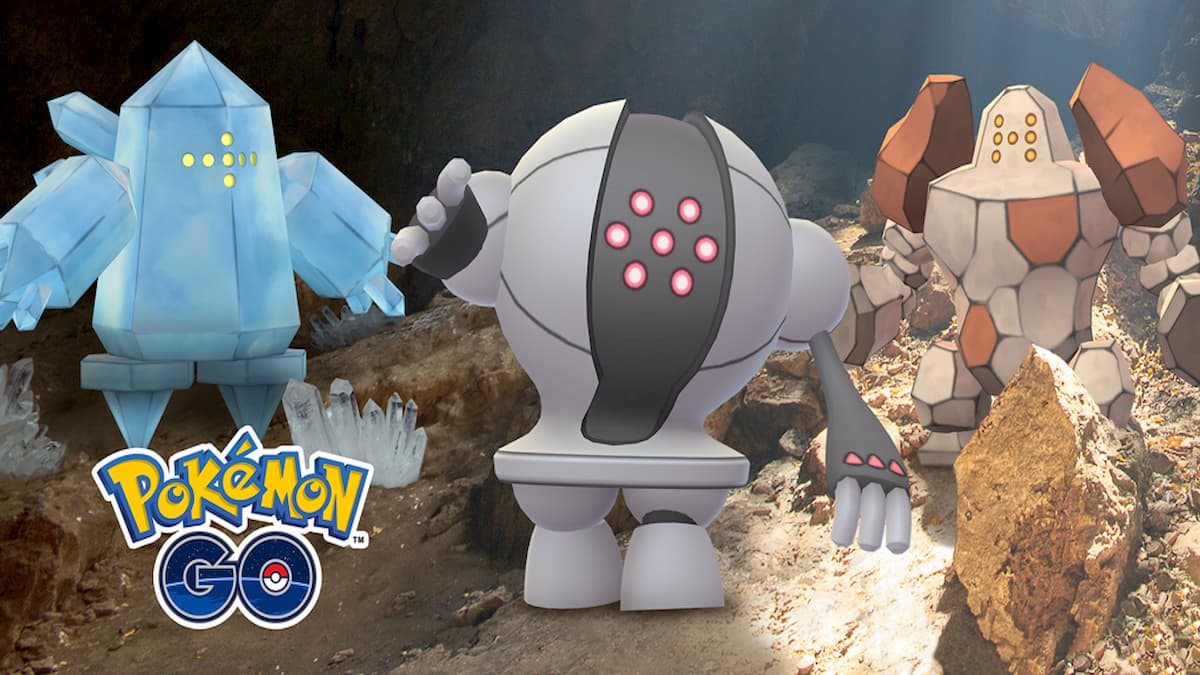 Registeel is one of the three original legendary Regi Pokémon in the series. In Pokémon Go, you can capture all three of these Pokémon, but they only show up in five-star raids, so you and a few friends will need to take it down. It’ll be a powerful opponent, and you have a limited time to complete them. You’ll have a new chance to defeat in five star raids during the start of the Season of Discovery, on June 1. It will be available until June 17, where a new range of legendary Pokémon are set to make their debut.

Registeel is a Steel-type Pokémon. It’s weak to Fire, Fighting, and Ground-type attacks, but it is resistant to Bug, Dragon, Fairy, Flying, Grass, Ice, Normal, Poison Psychic, Rock, and Steel-type moves. You don’t have many options when fighting it, so make sure to stick with the three core attack types that you can use to take down Registeel. If you don’t go into this fight with an established team, you’re going to struggle against it.

The best Pokémon to use against Registeel include Chandelure, Reshiram, and Darmanitan.

Chandelure is a Fire and Ghost-type Pokémon, making it a unique choice to take on Registeel. Its overall powerful fire attacks will destroy its defenses, namely with its fast move, incinerate. It’s a powerful attack capable of opening up Registeel’s defenses early in the raid battle. It has even more powerful charged moves that it can fire out to make it exceptionally effective. It has a maximum CP of 3,268, an attack of 226, a defense of 155, and a stamina of 134. Chandelure’s best moveset consists of incinerate for its fast move, and then shadow ball and flame charge for its charge moves. You primarily want to use flame charge against Registeel.

Next up, you have Reshiram, the Fire and Dragon-type legendary Pokémon. While much harder to obtain, Reshiram is an excellent choice to take down Registeel, especially if you have a stronger choice in your back pocket. It has a maximum CP of 4,038, an attack of 229, a defense of 178, and stamina of 173. Its best moveset consists of dragon breath for its fast move, and then crunch and overheat for its charge moves. You want to stick to using overheat as much as possible against Registeel.

The final best option you can use against Registeel is Darmanitan, a Fire-type Pokémon. While it doesn’t have the strongest defense, Darmanitan is ideal for punching a hole straight into Registeel and melting its armor down quickly with its Fire-type moves. It has a maximum CP of 3,511, an attack of 263, a defense of 114, and a stamina of 233. The best moveset you can teach it is incinerate for its fast move, followed by overheat and psychic. Of the two, overheat is the better option to use.

There are other choices you can bring to use in your roster. You can also consider Machamp, Victini, Darmanitan, Entei, Charizard, Blaziken, Heatran, Lucario, Rhyperior, or Hariyama.