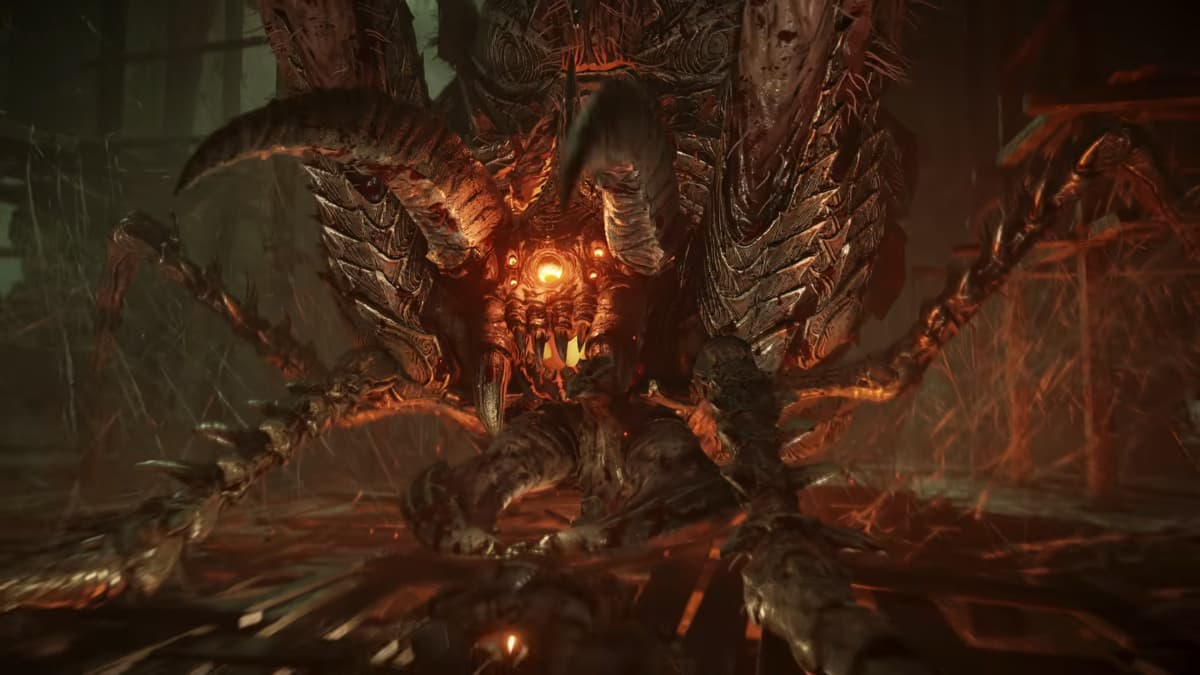 After making your way through World 2-1, you will come across a giant tunnel with a somewhat threatening-looking beast at the other side. Upon closer inspection, you will notice it is an enormous armored spider. The Armor Spider is a boss that can be beaten in a couple of different ways. You can utilize ranged weapons and kill the spider from a distance, or you can charge in with your sword. This guide will explain every way to defeat the Armor Spider in Demon’s Souls.

Firing projectiles from a distance is the easiest way to defeat the Armor Spider. Keep in mind that magic builds are superior to bow builds against the spider, as she is extremely weak to magic. What you need to do is stand at the entrance of the tunnel, fire your projectiles, and successfully dodge his attacks.

Her ranged attacks are easier to dodge than her melee attacks, making ranged superior for this fight. When she raises her body and shoots out a giant stream of web towards you, dodge to the side to evade it. Because if it hits you, it’s surely a death sentence, as it slows your movement and prevents you from rolling. All of her other attacks from a distance can be dodged by rolling to the side, except the flamethrower attack. When she starts to throw down her oil, run to the beginning of the stage to escape the blast.

Repeat these steps until you defeat the boss.

Killing the Armor Spider via melee is doable but requires a bit more finesse. Melee weapons do less damage than magic to the Armor Spider, but this can be worked around by applying magic enchant to your sword.

The hardest part of the melee strategy is closing the distance between yourself and her. Run and dodge your way towards her as soon as the fight starts, and when you’re close enough, she will initiate her melee attacks. A shield can block her leg sweep, so it’s not much of a threatening attack.

However, the attack where she slams into the ground cannot be blocked by a shield, so be sure to roll away in time. Repeat these steps while making sure you run when she starts throwing her oil down, and she will be dead in no time.