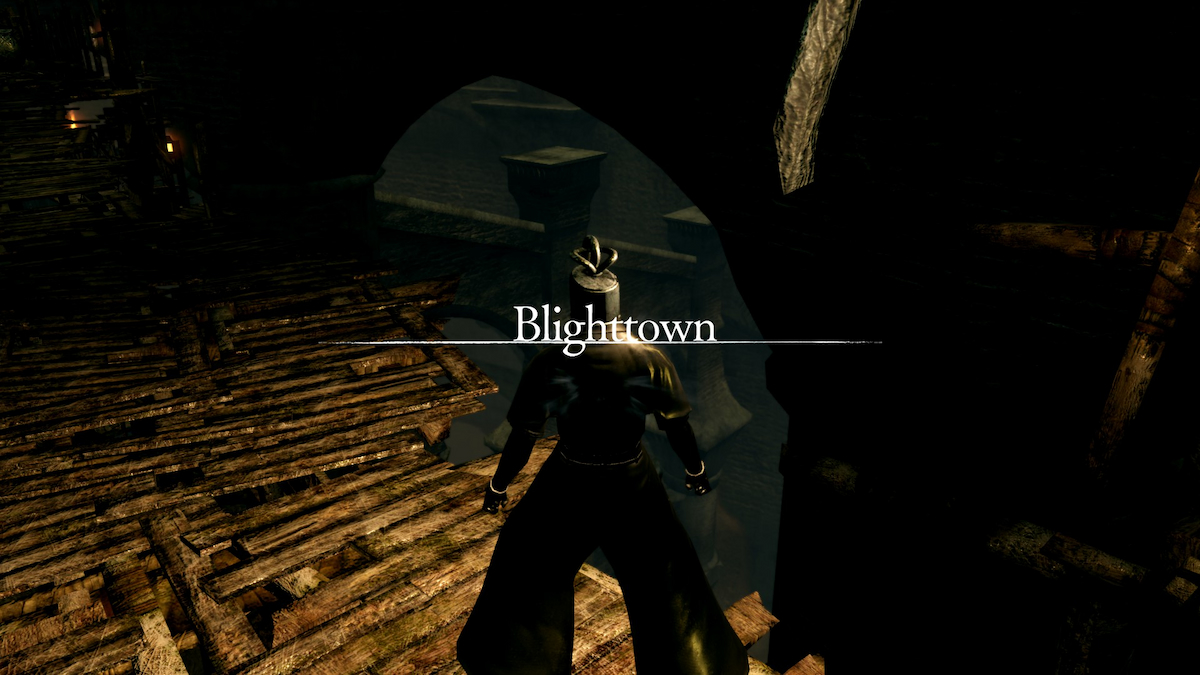 Poison swamps are a mainstay across the Soulsborne genre, and while they aren’t all created equally horrible, they are not fun places to be no matter which game they’re in. The level of their awfulness depends on how large they are, the severity of the poison they apply, and the general feel of the area as a whole. This list ranks all twelve of the primary poison swamps across FromSoftware’s library of Souls games in order of how little enjoyment you’ll have exploring them.

Sekiro: Shadows Die Twice was a unique take on the Souls formula, in that it paid said formula the mildest lip-service. There were bonfire equivalents, but no RPG elements, no character customization, and incredibly streamlined combat. There were also very few poison swamps, and while the Ashina Depths technically qualify, the area is small and your grappling abilities make the area’s poison pools trivial.

Arguably one of, it not the best game in the wider Soulsborne franchise, Bloodborne is somehow also lacking in deadly poison swamps. The Nightmare Frontier is the only one of any significant size, and it exists in an optional area. Poison in Bloodborne past the early levels isn’t all that deadly either, making one of the only real threats in the area the Amygdala boss. The boss is doubly dangerous if you didn’t grab the elevator shortcut, as some of the enemies on the way back to the boss fog can also be a pain.

Resting at the northern cliffs of the Altus Plateau is the Shaded Castle, a ruined keep surrounded by a poison swamp. Elden Ring’s version of poison, like most of those in Miyazaki-directed games, doesn’t pose much of a problem, as you can easily out-heal it. The fact that you can ride Torrent up to the Castle’s walls and avoid most of the swamp is another point against this particular swamp. There are enough rooftops inside the keep that you won’t spend much time in the swamp, either, and half the level is well above the ground, keeping you safe there as well.

Farron Keep gets it’s spot above the Shaded Castle because almost the entire area that can poison you, but more importantly, half of the swamp is thigh-deep water, forcing you to either slow-walk or use the Quickstep Weapon Art to get around. The poison damage itself, even at low levels, wasn’t anything to write home about, but the movement debuff and the crazy fast enemies that can kill you just as quickly are a definite problem.

Past the Dancer of the Boreal Valley is Lothric Castle, and to the left of the castle’s entrance is the Consumed King’s Garden, a fetid swamp that afflicts you not with poison, but with the Toxic status. Poison in most Souls games isn’t all that scary, but Toxic does not mess around. Even at higher levels, you’ll be healing constantly just to stay alive, and by the time you reach the area boss, you’ll have nothing left. Combine the status effect with the horrifying enemies and this area is a terror.

There are a lot of smaller swamps in Elden Ring, and most are fairly tame, but the two big ones are made of sterner stuff. The Swamp of Aeonia is one of the first large encounters with Scarlet Rot, a status that puts the old Toxic affliction to shame. The entire Swamp causes Scarlet Rot, and the boss, Commander O’Neill, uses the rot as a weapon. The only reason this area isn’t higher on the list is you can ride Torrent through much of it, alleviating most of the threat.

One of two poison areas in Dark Souls 2, Earthen Peak isn’t so much a poison swamp as a poison castle. Many of the floors of the place are ankle-deep green sludge that will quickly apply the status. Poison in Dark Souls 2 is also much, much scarier than in any other Soulsborne title, being closer to Scarlet Rot or Toxic than Poison. Worse, even the boss arena is filled with the muck, and the only way to empty the place of sludge is to set the windmill on fire. A fact that isn’t made at all clear unless you’re already holding a torch and happen to walk on the ledge near the blades.

Scarlet Rot has different levels of severity, with the Swamp of Aeonia and weapons like the Antspur Rapier applying only a modest damage over time. As an optional endgame area, the swamp in Elphael has no such limitations and, like Farron Keep, will slow you to a slow walk if you don’t use one of the several movement abilities available elsewhere in the Lands Between. The swamp insects that constantly jump you are just icing on the gross cake.

At the bottom of Dark Souls 2’s world is the green-lit hell hole of Black Gulch. While not a swamp in the traditional sense, it has plenty of poison-throwing statues and pools of black sludge that hide horrid hand-shaped demons. The first time you find yourself in this horrible place, you will be poisoned. Again and again. Worse, the statues’ poison projectiles can hit you in the head, causing your character to stagger for several seconds, opening you up for more poison. If you don’t know about the hidden Bonfires in this area’s dark corners, have fun navigating the Gutter again.

3. Elden Ring: The Lake of Rot

Deep below Liurnia of the Lakes is the worst swamp in all of Elden Ring. Thanks to the outer god of Scarlet Rot sealed beneath it, the Lake of Rot causes the highest-caliber rot in the game, taking a good 3-4% of your health with every tick. The area is also enormous, surpassing almost every other swamp on this list in sheer size, and all of it is rot swamp. There is no way to cross without being afflicted, and if you want to complete Ranni’s questline, you’ll have to.

The first poison swamp in Hidetaka Miyazaki’s portfolio, the Swamp of Sorrow in world 5-2 is legendary for not only its size but the fact that none of the enemies are affected by it. Additionally, you slow walk through every inch of it, and there is almost no movement tech in Demon’s Souls, making crossing the Swamp a chore no matter what. Then there’s the fact that, if you die, there are no safety bonfires, only a well hidden and out-of-the-way shortcut. No first-time player encounters this place and has a good time.

While the Swamp of Sorrow might be the first, Blighttown is the worst. No other swamp in all of Soulsborne generates so many bad memories. The poison isn’t actually the most hated part. Like 5-2 in Demon’s Souls, the closest checkpoint to Blighttown is Firelink Shrine, but only if you have the Master Key starting item. Even then, it takes a few minutes to reach the top of the area, and from there a perilous journey down and a swamp to cross. If you’re coming from the Depths its even worse, as you’ll be crossing precarious platforms and dealing with some of the meanest enemies in the game to that point in your playthrough. Perhaps worst of all, if you happen to grab any of the bonfires in Blighttown itself, you’ve all but trapped yourself in a cycle of death, as there’s no way to warp out if you’re there for the first time. There are certainly deadlier poison swamps on this list, but none compare to Blighttown.