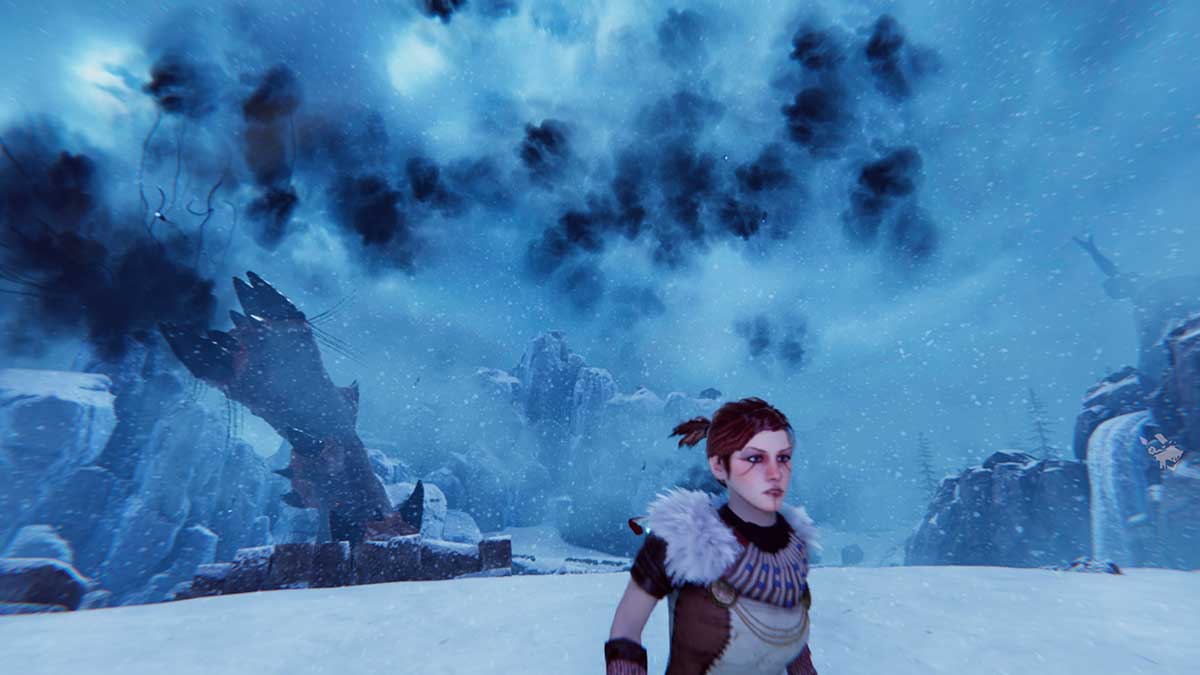 The Devourer Worm or Devourer God is the second boss in Praey for the Gods. You unlock this boss by killing the Satyr and waking up in the main temple. As you emerge from that place and head towards the beam of light in the sky, you’ll acquire a glider and traverse a lot of the surrounding area before you reach the towering Devourer Worm. This guide explains how to beat this boss, so you don’t end up getting stuck on it for too long.

You’ll likely do this by accident. The boss is located in the center of a lake and won’t emerge until you get close. When you do, it’ll burst up and start to attack you with purple blasts of energy, similar to the smaller versions of the boss you’ll have faced on your way here. You can dodge these attacks by running and jumping while it’s aiming at you. Try not to stand still behind anything because those blasts can destroy the walls on the lake’s shore.

While the boss has grapple points on it that you can use to jump onto it and climb around its fur, as you did with the Satyr boss, we’ve found a better method. Climb up one of the nearby cliffs until you reach the top. You need to be about as tall as the Devourer Worm for this to work. Jump off the edge of the cliff and use your glider to glide directly at the boss. There’s fur on the upper part of the Devourer Worm’s body, so fly into that and climb as you do. This should get your character to cling on as they crash into the boss. If you fall off the boss in the middle of the fight, swim to shore and repeat the process to get back onto it.

From here, you can climb around and cause the various sigils to appear. As with the Satyr, you need to climb to these sigils and interact with them, first pulling them out, then pushing them in. This triggers a bell noise to indicate that you’ve injured the boss. After each bell, the boss will try to throw you off, so cling on while this happens. After you’ve rung three bells, you’ll have completed a sigil. Unlike the Satyr, there are only two sigils to complete on the Devourer Worm before you defeat it.

You can rest on the sections of the Devourer Worm, where you can see spikes sticking out of it. These spikes crate platforms that you can go onto and recharge your stamina from. Don’t get too comfortable, though, because the boss spews black orbs that seek you out and explode on its body as a way to try to knock you off. When the boss is dead, you’ll teleport to the temple and see the marker for the third boss appear in the sky.