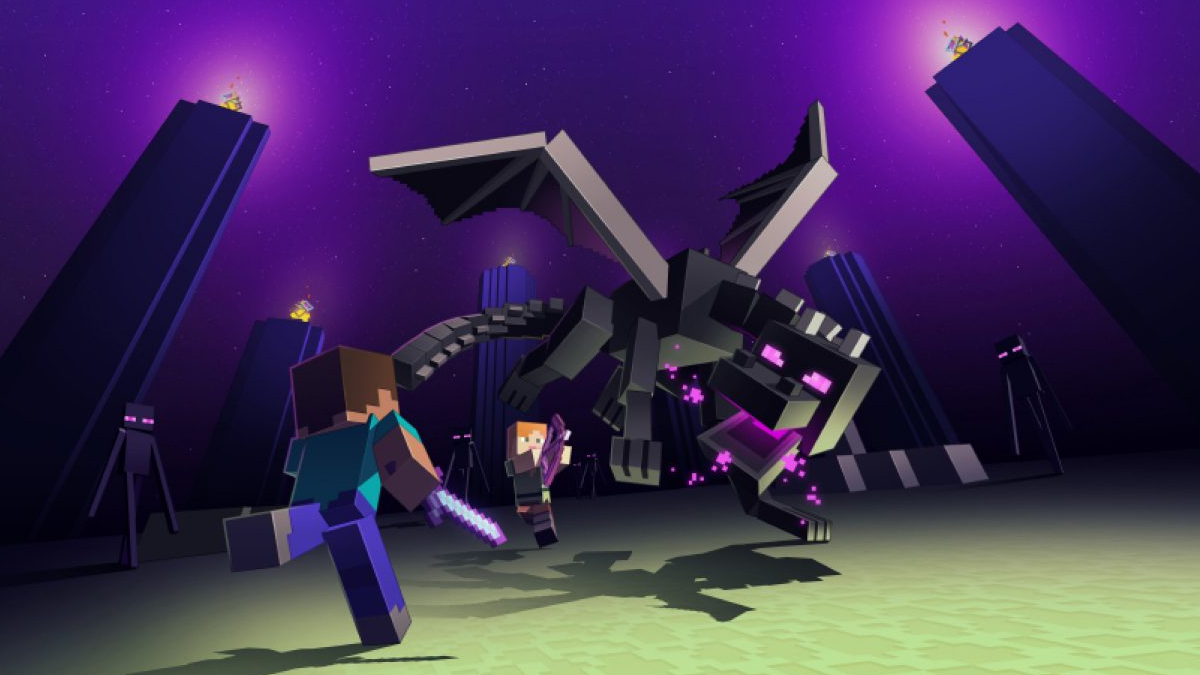 The Ender Dragon was the first boss put into Minecraft, and while it seems intimidating, taking down this dragon isn’t as bad as you’d think. Here’s how to go about it.

The first thing you need to do when entering the End, the Ender Dragon’s domain, is to destroy the Ender Crystals. These crystals heal the dragon and will make it extremely tough if not impossible to defeat while active. They are found on tall obsidian towers. To get to the top, the best bet is to shoot crystals on the shorter towers with your bow and then use ender pearls to teleport yourself from one tower to another after destroying each crystal. Some crystals are behind iron bars, which you can shoot through or break with your pickaxe. Once you have destroyed these you can finally begin the fight.

Keep in mind the dragon will attempt to knock you off of these towers, while circling the towers it may dive toward or shoot a fireball at the player. If you are launched into the air by a dive attack you will die from fall damage unless you use a slow falling potion, water or an ender pearl.

Once all of the crystals have been destroyed, the real fight begins. Head to the islands portal and create small staircases of End Stone on four sides of the portal. The dragon’s attack pattern will cause it to perch on the center spire of the portal. At this point, on one of your built staircases, attack the dragon with your sword trying to get as many critical hits as possible.

While perched on the pillar, the dragon will use its dragon’s breath, which can be collected in glass bottles. When you see this happening shift to a different staircase around the portal and keep attacking. Be careful as this is considered magic and will penetrate any armor the player has. After either receiving enough damage or performing 4 consecutive breath attacks, the dragon will return to circling the island.

After repeating this maneuver of attacking, dodging, and rotating around the pillars, you should be able to figure out the dragon’s specific pattern and chip the health down to zero. The dragon has 200 health so this may take a while. Although the idea of fighting this dragon is simple, do not underestimate the threat of this opponent. You must also keep in mind that the End is also home to Endermen. Do your best to keep your eyes on the dragon to ensure you don’t get any unwanted attention.