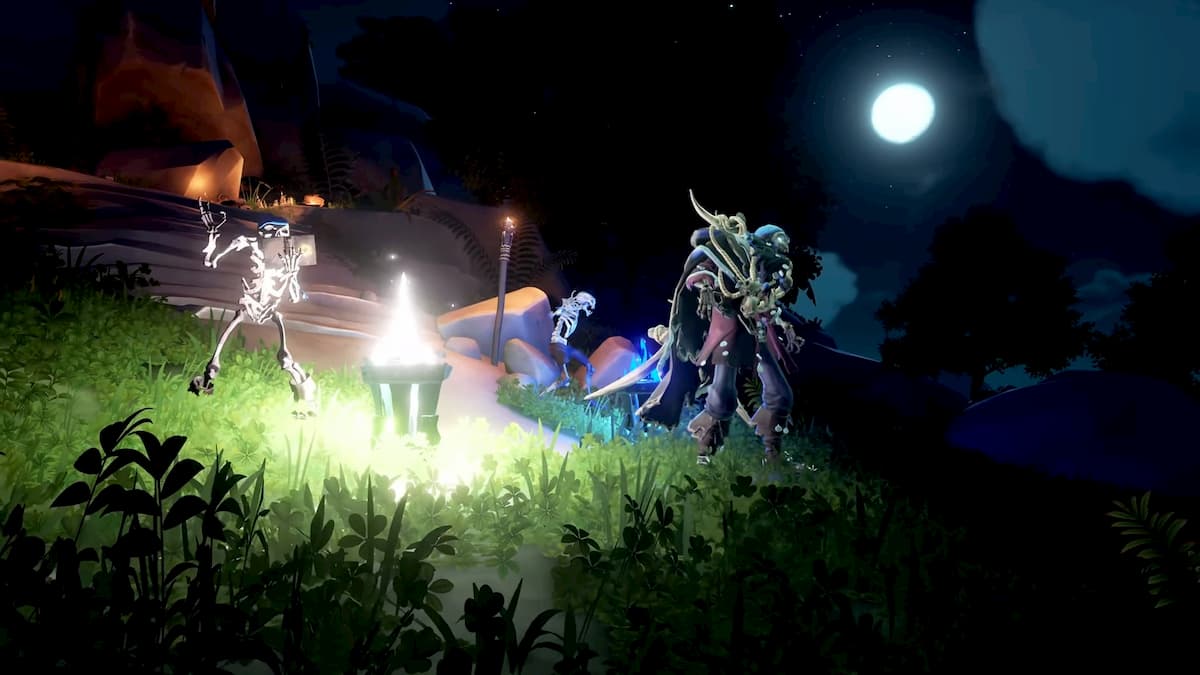 Graymarrow returns as another looming threat in the Fate of the Damned update in Sea of Thieves. He and his Shadows of Fate have started to pop up and endanger the Bilge Rats crew, and it’s up to you to take him down. You’ll typically encounter him after finishing a Fate of the Damned voyage, which you can obtain from the new leader of the Bilge Rats, Larinna, whom you can find at the entrance of every tavern. After working your way through the voyage, Graymarrow will be the final boss standing between you and the finish line.

How to fight the Ghost of Lord Graymarrow

He’s like any other Pirate Lord you’ve encountered in the past, with the same large quantity of health, heavy attacks, a high damage stomping attack where he brings two chests together and sends a violent shockwave out. Graymarrow can teleport around, and every so often, he’ll attempt to regain his health by eating a fruit. While Graymarrow is powerful in the Fort of the Damned, he is not as powerful when you encounter him at the ritual sites in the Fate of the Damned voyages.

With Graymarrow significantly less powerful in the Fate of the Damned voyages, you can take him down fairly quickly. He will have more health, depending on how many players you bring along with you. The more players you have to face him, the more health and damage he’ll do to even the playing field, even if all of that is significantly reduced compared to battling him at the Fort of the Damned.

You want to make sure you go straight after him whenever you see him eating a banana, and you back away when he’s about to smash two chests together. If you can spare a crewmate, have one of them return to the ship that should be nearby and have them fire cannonballs at him. It should make the fight significantly easier.