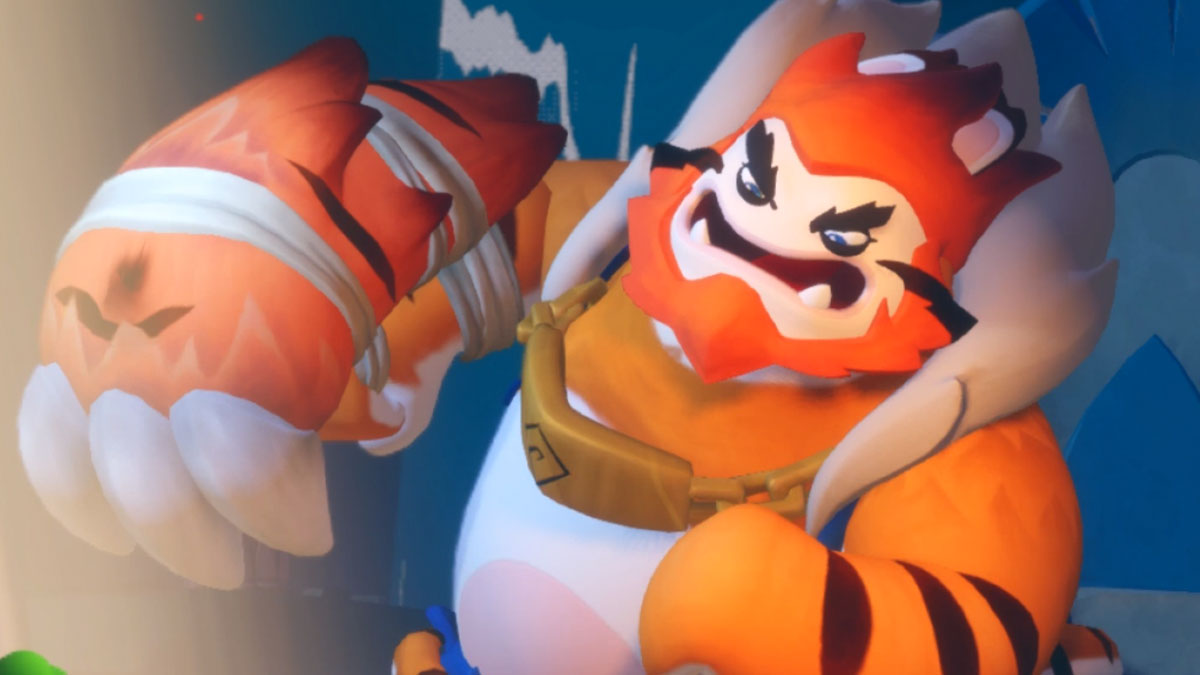 You’ll be fighting many battles in Mario + Rabbids: Sparks of Hope, but the boss fights can be particularly tricky. In fact, the very first boss will bulldoze you if you don’t know to deal with it.

Before you can clear the Temple Catacombs in Beacon Beach, you’ll have to take down the Giant Wildclaw. By this point in the game, you likely won’t have any experience with even a regular Wildclaw, so this presents a real challenge. Here’s how to handle it.

How to defeat the Giant Wildclaw

The most important rule is to space out and pace yourself: every time the Giant Wildclaw gets hit, it moves toward the character that attacked it. If it gets close enough to attack you, it will — yes, that does mean it can attack you outside of its own turn. Use Rabbid Peach’s healing often in this fight, especially if you make a mistake and take big hit. Peach’s shield ability can also be a lifesaver.

Generally speaking, you only want to shoot the boss if you know it cannot reach you, like in the screenshot above. In addition, you need to be wary of using Mario or Luigi’s Hero Sight: this reaction shot also lets the Giant Wildclaw close in. This is the first fight where you’ll get to use three characters, as the sword-wielding Edge drops in just before the battle starts. She also has a counter move, so be careful of using that too.

On top of this, don’t bother using the fire Spark you currently have available to you. The boss is resistant to fire attacks, and you’ll only be egging it on without doing any real damage yourself. Mind the reflective Spark, too: its counterattack also allows the boss to go again. Stick to Edge’s defensive Spark and the turbocharging Spark in your inventory at this point.

If you stay spread out, you’ll also be in a good position to deal with portals or any new enemies that come through during the battle. It’s also wise to deal with the minions before focusing on the boss itself, so long as you’re careful not to let it get too close. Remember that you can group up your party, heal, then spread back out within the same turn.

The Giant Wildclaw is the first roadblock in Sparks of Hope, but it’s very beatable with the right strategy. Avoid being too trigger-happy, and you’ll come out on top. This strategy will also help you deal with regular-sized Wildclaws in the battles to come.