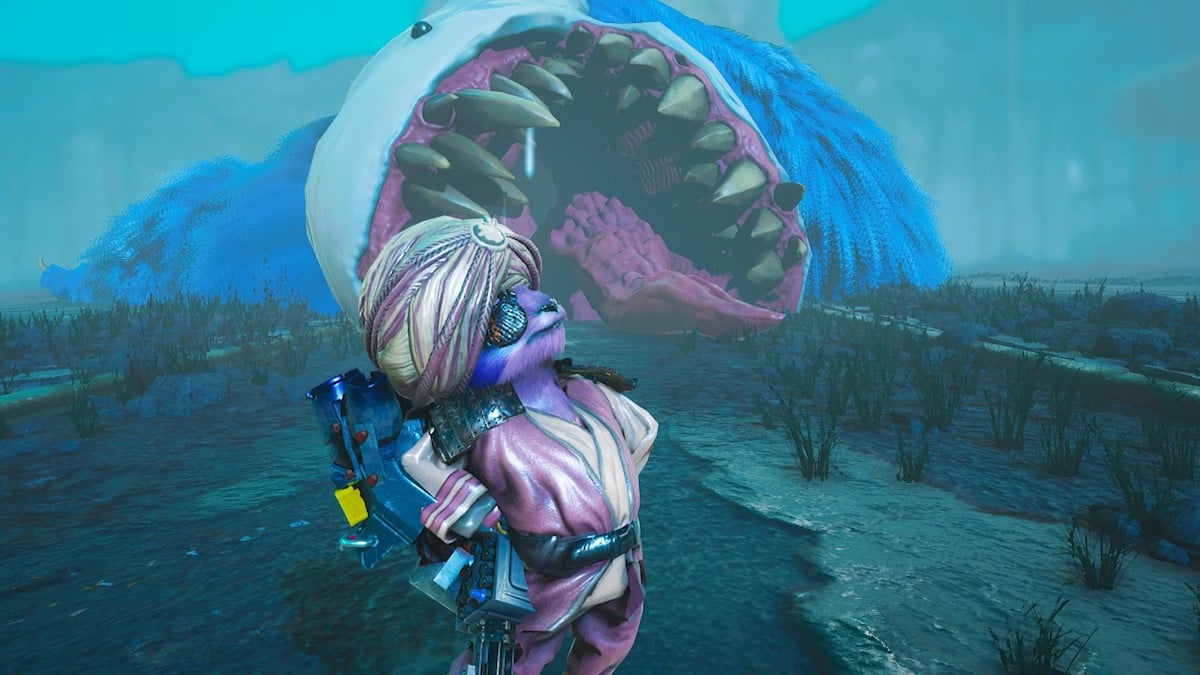 Jumbo Puff is one of the Worldeaters in Biomutant, a giant creature intent on destroying the tree that protects the world. Players will need to take on this huge boss, but it is hardly a fair fight. The first thing they will need to do is ensure that they have the Mekton robot, otherwise they will be in for a bad time against this boss.

When they arrive in the area, the Jumbo Puff will jump down off the root and start smashing buildings and launch fire projectiles at them. Keep dodging these and hit the Jumbo Puff with your Mekton’s Kannon. You want to keep your distance and just work it over from afar. Getting close enough to melee attack with the Mekton is unlikely to end well. It is a good idea to keep some buildings between you and the boss and cut tight angles to fire, as it will help to keep you safe.

After losing enough health, the boss becomes invulnerable, jumping back onto the root and raining down giant rocks at you. Focus on dodge this using the Mekton’s dash, which is the same as your dash when on foot. When the Jumbo Puff jumps back to the ground, it will try to suck your into its mouth, and you will need to use the Sqvips Kannon by hitting the left trigger on the controller.

This will launch one of the furry creatures into the Jumbo Puffs mouth, giving it a reason to stop trying to each you for a little while. Start to shoot the creature again, and when it is reduce to two-thirds health it will grab an electrical line and start using it as a whip. It’s easy to dodge as long as you dash to the right, so keep dash and firing. After a while, the Jumbo Puff will once again jump onto the root and start throwing rocks at you, so just keep dodging.

Once again, it will jump down to the ground and try and suck you it, so use the Sqvips to stop it, and just keep shooting. When it reaches one-third health, a small cutscene will play. The Jumbo Puff will grab you and shake you out of the Mekton, swallowing you.

You will end up in the belly of the beast, and need to climb up the nodules on the wall to a small tunnel. Run up the tunnel, avoid any fluids coming down it, and you will see the creature’s heart on the left side. Damage the heart, taking out any smaller creatures that attack and dodging any fluids.

If you get knocked down into the stomach, just climb up and out again, then continue to damage the heart until the creature is dead. When you complete drain the health bar, you will be spat back out, and the Jumbo Puff will fall over dead.