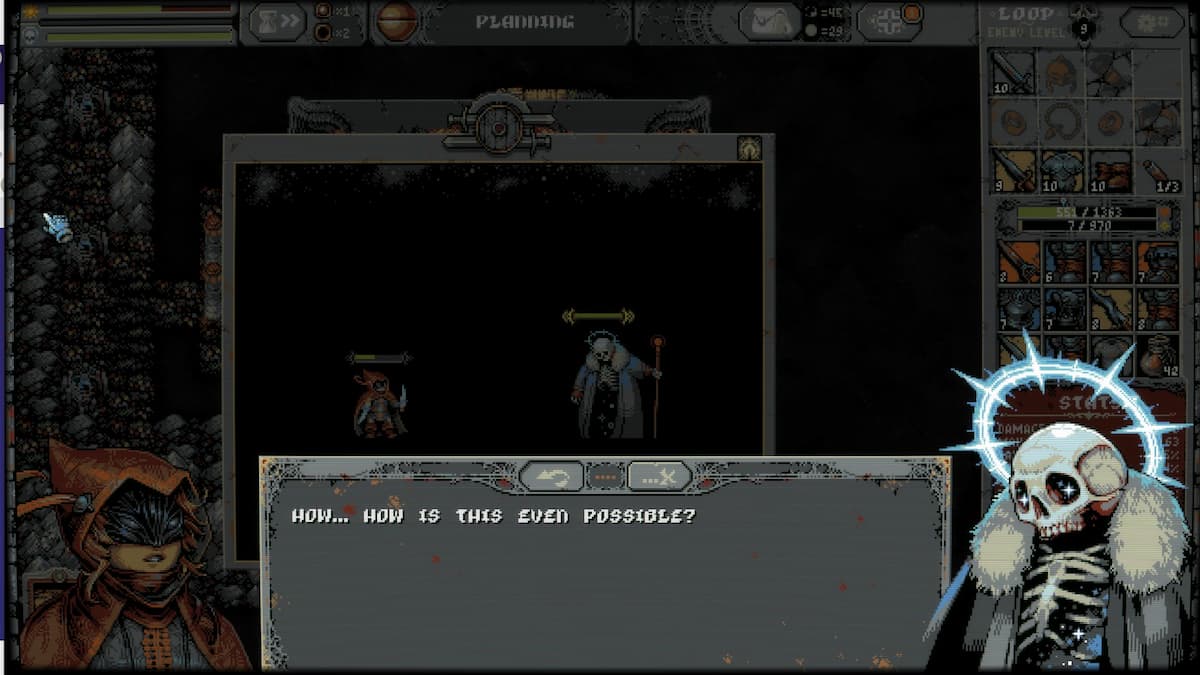 The bosses in Loop Hero are significantly stronger than the traditional enemies. The combat is still the same, though. You go into a fight not to do anything, and it’s mostly you watching your character win against a dangerous challenge throughout the adventure. The bosses differ slightly, not just because they’re tougher to beat but because you can choose when to trigger them. At the top left of your screen, there will be a boss meter. You need to fill that up to summon them, and these fill up each time you place a new card on your loop. When the Lich is summoned, it takes over your cozy camp tile and places several buildings around it that enhance its health and damage output.

Before you reach the Lich tile, you want to take out the Lich Palace tiles. These will populate around the Lich. Each of the Palace tiles enhances the Lich’s health and damage by 5%. You can prevent them from showing up having building slots in these locations before you summon it, or you can use the Oblivion card to remove them. Both methods work.

When we battled the Lich, we played as the Rogue class. We went in with 39% evasion, which was our primary defensive attribute. If you’re playing as the warrior, you want to increase your defense and defense bonus as much as you can and also increase your Vampirism stat to give you more life steal.

These are all of the stats the Lich has when you battle them.

Because the Lich is a mage, we recommend having any magical defense items you can put on your hero and weapons that can harm the undead. We also recommend you equip the items with the best maximum health boost and any corresponding defensive items put on your character. As we mentioned before, the Rogue should try to reach the highest evasion bonus it can receive, and the Warrior should have the highest defense bonuses it can equip for each other. We also recommend you unlock the Herbalist’s Hut to receive health potions.

Once you defeat the Lich, you can move on the second chapter of Loop Hero, or you can choose to battle against the Lich once again.