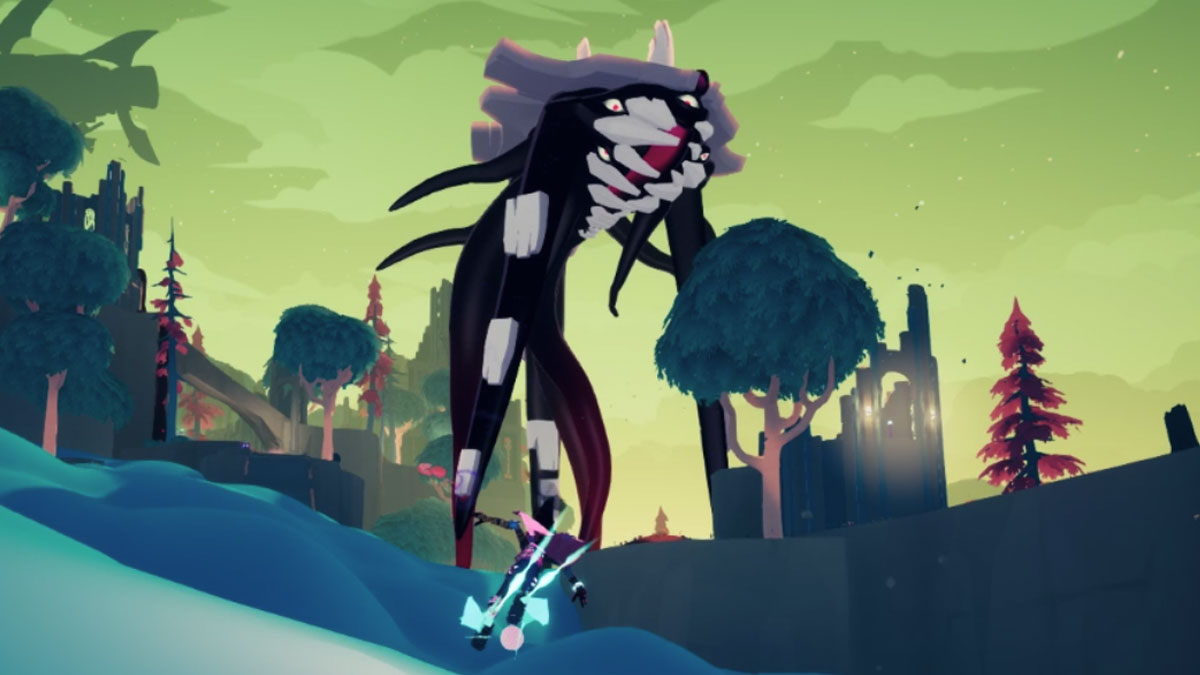 When you reach Ironroot Basin in Solar Ash, you’ll find a new enemy type: a sniper that clings to walls and shoots at you from afar. Once you clear all the anomalies in the forest area, you’ll have to face the granddaddy of all these snipers, the Lost Sentry. Considering its towering size, it’s not remotely as stealthy as its little counterparts, but it’s a dangerous boss nonetheless. Here’s how to take it down.

Step one, you’ll need to actually reach the Sentry. As you skate toward it, it will aim its laser at you, marked by a large purple beam on the screen. You need to boost away from this to avoid being shot — Verse’s Suit is helpful for keeping your boosters going. After firing the purple beam, it will lower its front tentacles near the ground, giving you a chance to grapple onto its body. From there, it’s a matter of hitting all the weak points in succession, including the final plunge into its core.

It takes three of those strikes to win the fight, and each round is slightly different, and not just with different weak point layouts. During round two, you’ll have fewer white plates to stand on while running along the Sentry’s body, so be ready to jump over the black goo that can stop you in your tracks. During round three, the purple beam will be more powerful, leaving behind a damaging trail of energy after it fires. Be aware of this as you make your way back onto its body — a body that is now fully heated up. Be aware that touching the black ooze during round three is an instant death, taking you back to the ground to try the round again.

Dodging the beam is the key to winning this fight. By this point, you’re probably pretty good at grappling and running along bodies of bosses, so trust in your skills to emerge victorious.