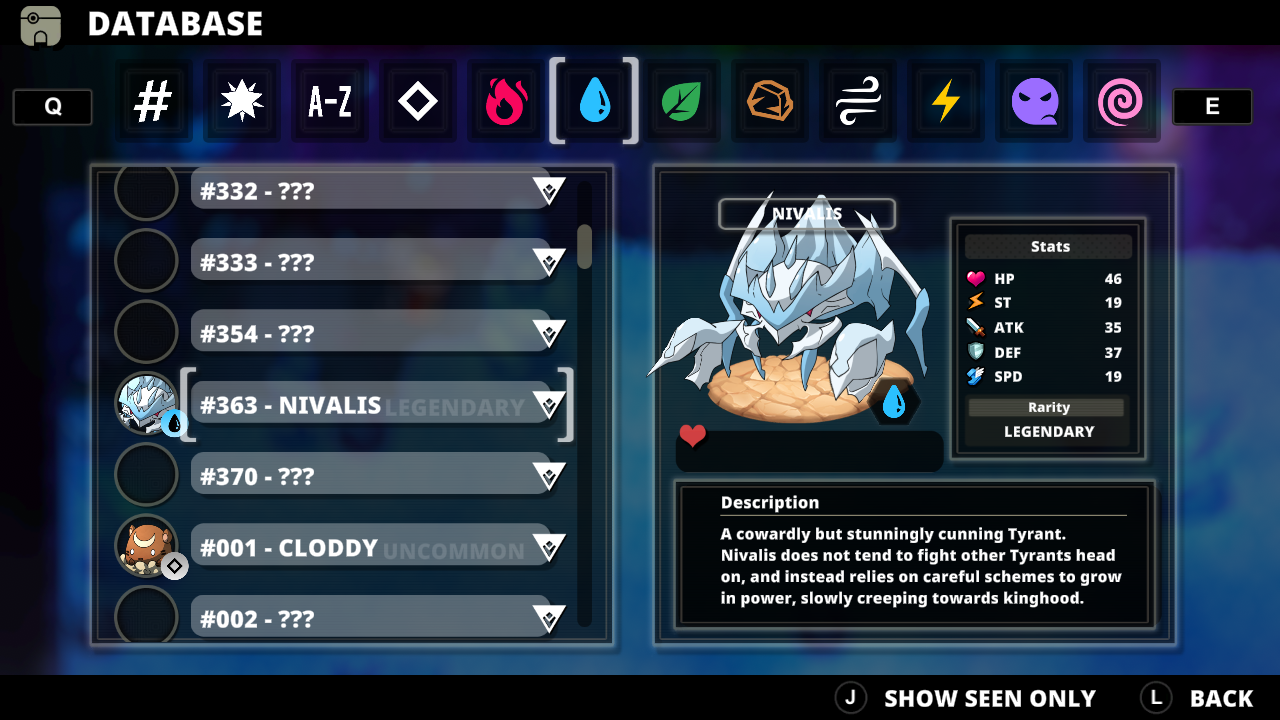 As a first test, Nivalis is a brutal realization that you cannot rush the process of being a great tamer. The red-eyed, giant white crab is the first tyrant boss battle in the game, which can be started when reaching the end of the Frozen Caverns – a location south of Parum. Its inclusion is a part of advancing the plot when guiding Videll through the caves. Although you might be eager to simply bash the crab repeatedly to see the next cutscene, there are only a few effective ways to beat Nivalis.

Catch and level up effective Nexos

It must be said it’s a waste of time to simply go in and fight just to see if your underpowered monsters will win. They probably won’t. It’s mainly because Nivalis is a high-level water-type that is primarily affected by electric attacks. There’s not a lot of electric-types to catch in the beginning, but if you head to the patch of grass near the southside of Parum you’ll find a Scaratic and Chirrent in the wild. We think catching both will phenomenally increase your chances of beating the tyrant – as one won’t get the job done.

Next, you’ll want to get them to level 12 – especially Scaratic. Scaratic unlocks the almighty Super Punch after doing so, and it’s a move that does about 15 damage to Nivalis, while only sacrificing 10 stamina. Nivalis will typically respond with Slash, which will do about 7 to 12 damage. As you should with any tyrant fight, stock up with about five ethers and five potions. That may sound like a lot but you’re practically buying guaranteed success.

Cores also make it a breeze

Another feature in the game that can help tremendously is applying cores to your Nexomon. These cores will permanently boost certain stats to a particular monster. There’s not a specific core you need, but an XP core could help you with leveling before the fight. To do this, you can go to the Synthesis Center in Northwest Parum to blend your shards for cores.

The tyrant’s level is never revealed, but later it is revealed that the Nexomon is a level 14, if that helps you gauge what you need, beforehand. We’d guess it’ll take about 20 minutes to prepare for this fight, and that’s not bad at all. Try to end Nivalis before parading around the map. After you win, you’ll be able to use the warpstones for quick travel, enabling you to get to each major location in seconds.