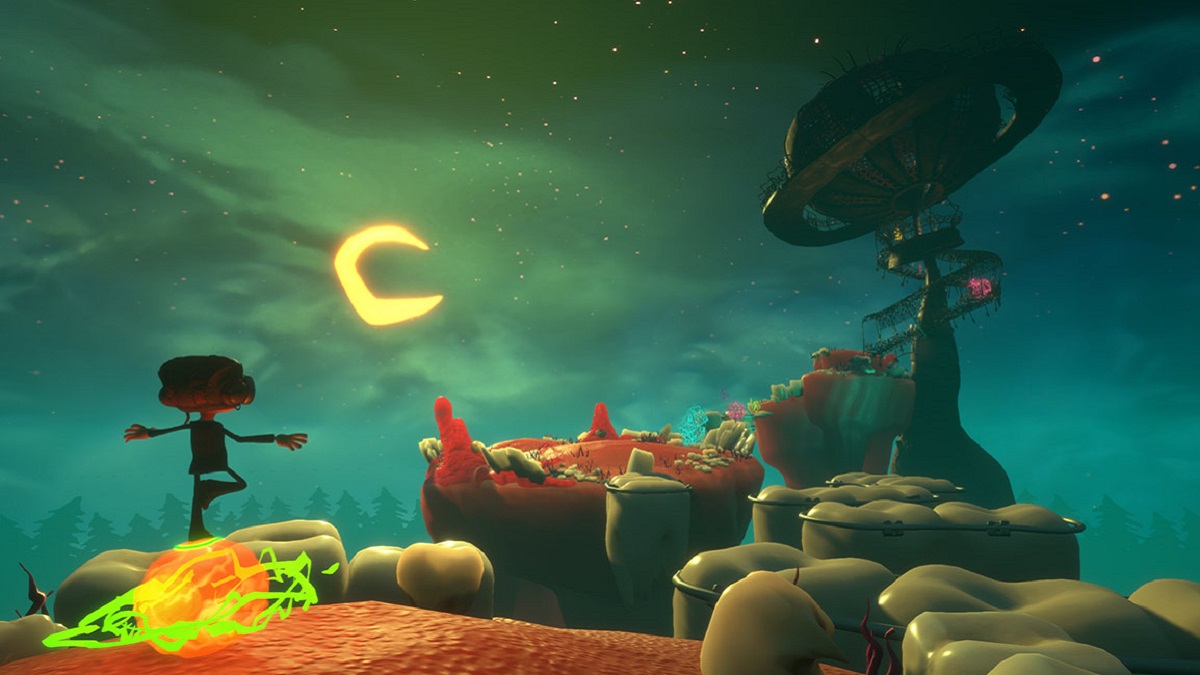 Panic attacks are frightening in the real world, so it makes sense that its antagonistic form in Psychonauts 2 is tough to beat. It will pack a punch, and you need to be prepared to avoid its attacks. This is how to beat this nasty form of figment.

You’ll first be introduced to them in PSI King’s Sensorium, a whacky world of color and 70s-style imagination. At first, Raz has no chance against the panic attack figment but he, later on, learns the time bubble ability, which slows down enemies and objects. That’s perfect for this fight as the panic attack is quick and can send Raz packing without it. It will keep disappearing after so keep an eye on what it’s doing at all times.

Equip the ability by changing a current configuration and get ready to fight. It will be sending a volley of five projectiles at you at a fast pace. If you see it doing that, either jump or dodge (B button or circle button) out of the way. However, if you’re close by, this is the perfect time to use the time bubble ability. Slow it down and it will stay in place for a few seconds. Perform a combo of hits and back away quickly. Don’t overextend yourself as the panic attack can bite back hard.

It will be diving at you and try to swoop in. Dodge its attacks to the best of your ability. It will then line itself up in a row of five. If you try to freeze one, the others won’t attack. This is also a great way to land in some damage.

Keep following this strategy to beat the panic attack. It will show up more than once, so keep these tips in mind.