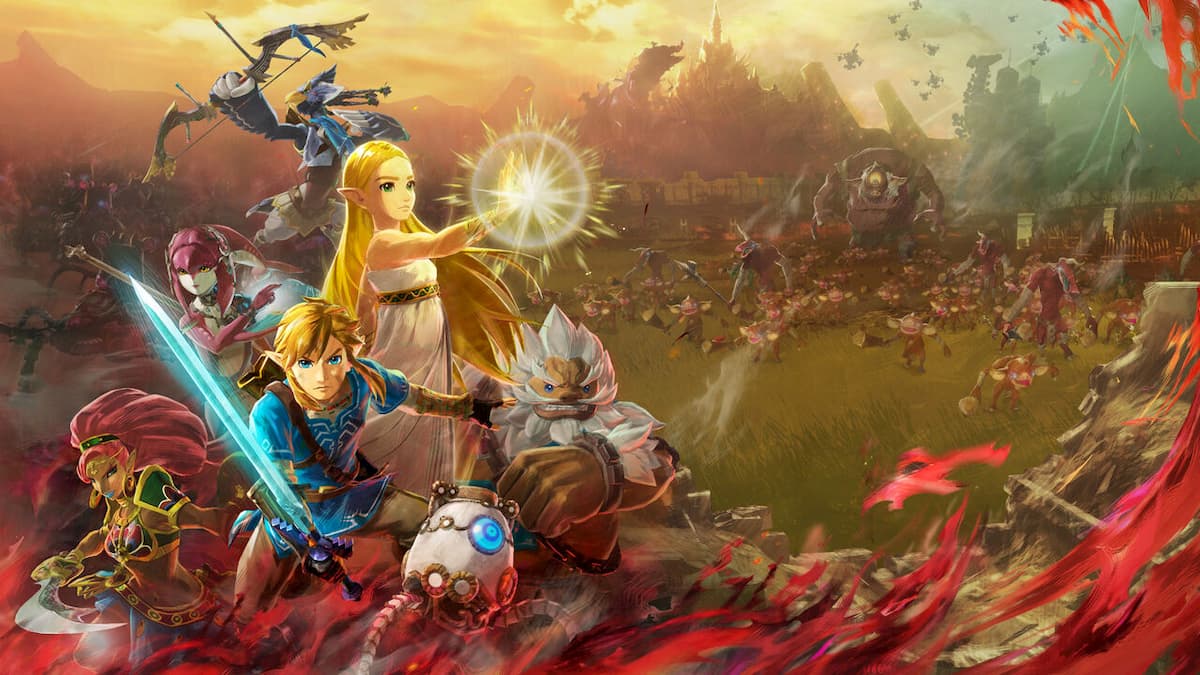 To no shock to anyone, Guardians in Hyrule Warriors: Age of Calamity are just as challenging as they were in Breath of the Wild. Players will discover this in one of the first missions in the game, Road to the Ancient Lab. Here, Link and company are tasked with baiting and trapping the Guardian, but is it possible to defeat it?

In short, yes, you can eventually defeat the Guardian, but you won’t be able to do so at the start of the mission. Although the objective is to first protect Zelda from the laser-shooting creature, she’s just fine on her own, and you will be too if you ignore the main boss and continue toward the other waypoints.

This may sound counter-intuitive, but your biggest focus should be on going to the other yellow waypoints first to activate the two Unearthed Guardians. Once you’ve awoken both of them, you will finally be able to play with Zelda, who you will then want to control from here on out.

As Zelda, lead the Guardian boss to the last waypoint. The two Unearthed Guardians will then cut half of its life away. You’ll need to take care of the rest, and you must use her runes on it. More specifically, aim your Cryonis, or ice blocks, underneath the Guardian to lift it off the ground.

This simultaneously throws off the aim of its eye laser while also dealing fall damage when the ice finally breaks. Remote bomb is also a great rune against the Guardian, considering that Zelda summons a homing device that shoots out several explosives in seconds.

Once the Guardian is destroyed, Road to the Ancient Lab will be completed and will unlock a handful of other story missions, as well. You will also be able to buy and sell goods from the shops now.