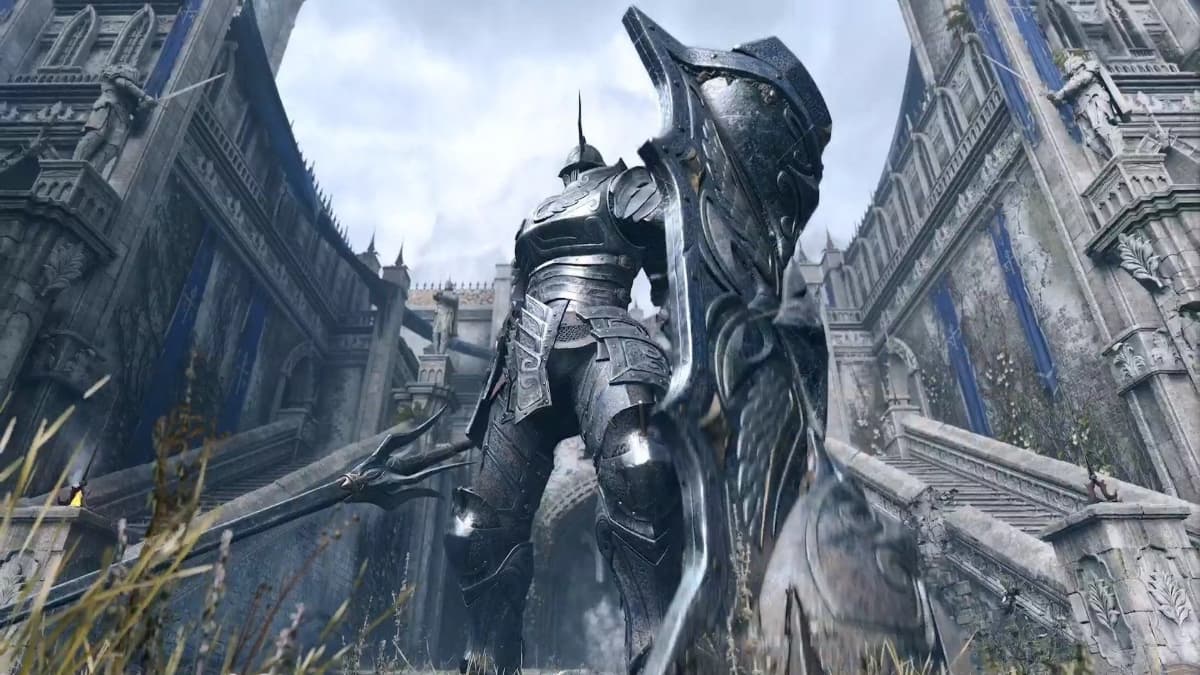 The Tower Knight is an intimidating boss. He’s a massive knight that towers over the buildings around him, and if that wasn’t enough, he’s surrounded by an army of archers. But once you understand how to beat him, it’s a relatively simple fight. This guide will walk through how to beat the Tower Knight boss and where to go after.

Before you fight the Tower Knight, it’s a good idea to upgrade your weapons to speed up the boss fight. To upgrade your weapons, head over to either Blacksmith Boldwin or Blacksmith Ed and use your Hardstones, Sharpstones, or Clearstones to upgrade. Blacksmith Boldwin is located in The Nexus, so he’s the best blacksmith for low-level upgrades. Be sure to collect some Moon Grass as well, as the Tower Knight does a ton of damage.

The first step is to run past the boss entirely and start heading up the stairs. Here you can take out those pesky archers and recover any health you lost while running past the boss.

Continue running around the upper level and grab the Late Moon Grass on the body directly above the entrance.

Now that all of the archers are taken care of, position yourself behind the Tower Knight and start attacking his legs. You want to be behind the boss for much of the fight as it’s harder for him to hit you back there. Attack each leg until blue energy starts coming out of them.

Now the Tower Knight will fall to the ground, and you can freely attack his head. Repeat this process until he dies.

Where to go after

You’ll notice that after killing the boss, you can’t proceed past the gate in front of you. This is because you need to slay an Archdemon for the gate to open. You won’t be killing an Archdemon until later. So you can safely leave Boletarian Palace and make your way to World 2, Stonefang Tunnel.