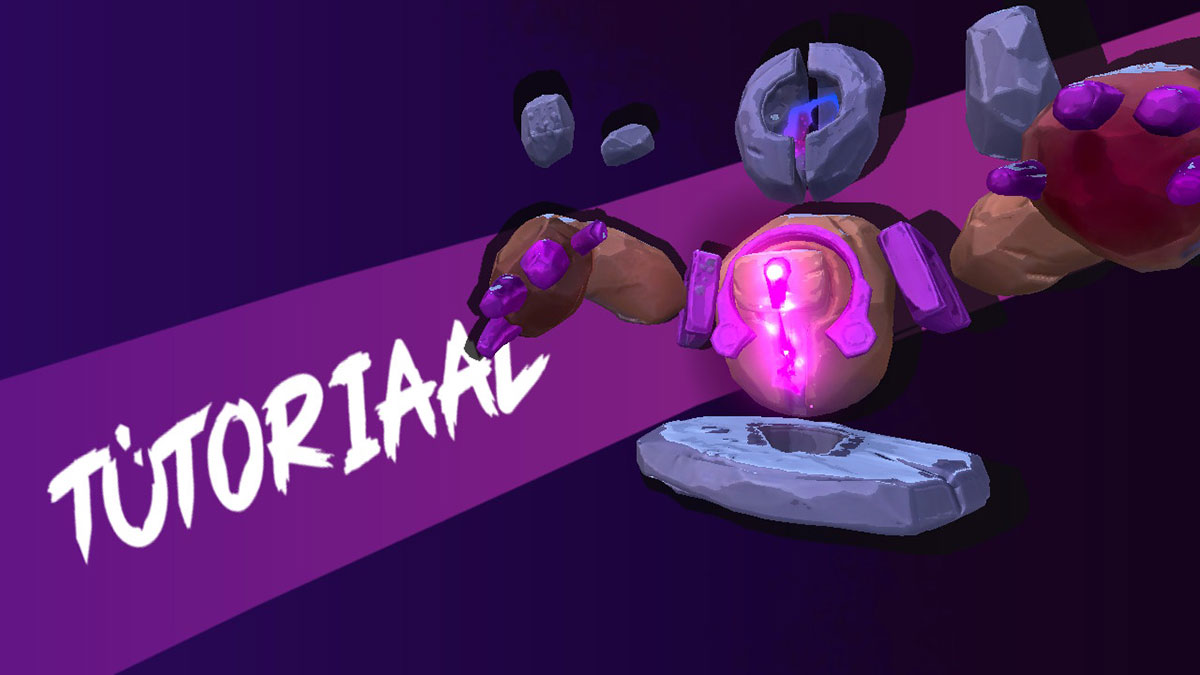 Tutoriaal is the first boss in Godstrike. While its name may suggest that it will be a pushover, an enemy to teach you the ropes, a tutorial. But this boss is far from it. In this guide, we’ll explain how to defeat Tutoriaal and get Godstrike’s first boss out of the way as fast as possible.

We found that equipping active abilities was a hindrance for this boss. The time you have to kill it is so short that it’s not worth losing any for the tiny advantage your only ability provides. Passive defenses can be equipped without costing health, so equip whichever one you have.

This boss has three phases. We’ve broken down our guide into those three phases to help you work out how to battle through each one.

In this first phase, Tutoriaal has two key moves.

The important thing to remember in this phase of the fight is maintaining a lot of distance between you and the boss. Don’t go so far away that your shots won’t land anymore, but don’t stay so close that it’s hard to dodge its attacks.

When Tutoriaal picks up a rock to throw at you, wait until that rock leaves the creature’s hand. Then, move out of the way of the rock to the left or right of its path towards you. Even though the rock will get close, you should dodge the throw as long as you’re on the move. You can continue to fire at the boss the entire time.

The only time you’ll need to focus on where Tutoriaal is for this phase is during its charge attack. The boss usually does this after a rock throw. It’ll rush your position and attempt to cause damage by smashing into you. To avoid it, move away from the boss in any direction. If you can, head directly behind you so that the boss has to travel further to reach you. It should stop before it can cause any damage. While you can keep firing and damaging the boss when it’s charging you, it’s more important that you look where you’re moving and don’t back yourself into a corner. Sacrifice damage to avoid taking a hit every time.

This phase is pretty easy once you’ve worked out how to dodge all Tutoriaal’s attacks. If you continue to keep up your attacks, the phase will end in under a minute. As soon as the first health bar is gone, you’ll enter a cutscene that marks the start of phase two.

This is the most complex phase of the boss fight. It’s made up of two halves. In the first half, the boss has two attacks.

Tutoriaal is furious in this phase. It will jump towards your position relentlessly. The red orbs that spray out from the point it lands on can cause damage, which leaves you with less time to fight on. Keep firing at all times, even if your bullets miss the boss. As long as you’re firing in vaguely the right direction, some damage will be done. Try to focus on dealing damage before Tutoriaal jumps and just after it lands. The boss will always land on your last known position as it jumps. As soon as the boss jumps, move out of the way. As it lands, move to a position where the red orbs won’t damage you and start firing.

After about three or four jumps, the boss will put its arms out and fire the Laser Beam. This beam moves in a clockwise motion through 90 degrees before stopping. Think of this as a 15-minute segment on a clock. The boss will always begin the attack facing your direction. If you start at say six on the clock face, you need to move clockwise past nine and up to ten to avoid being hit. This attack is definitely the easier of the two to avoid. You can even fire at the boss whilst you’re moving to ensure a constant stream of damage.

At around 50% health, Tutoriaal will enter into a new sub-phase. It will jump to the middle of the arena and surround itself with two layers of rocks. It will also begin to pound the ground. This pounding generates pink circles on the map. If you’re inside one, get out. Lightning will strike those circles within two seconds.

You need to fire at the rocks and destroy them to create a gap in which to fire at the boss. The issue is, every rock you destroy will explode in a spray of more red orbs. We found that the best method here is to circle Tutoriaal and fire at it as you move. This weakens all the rocks and will keep you out of the way of most of the pink circles and red orbs. As the rocks glow red, be more cautious because they’re about to explode.

You only need a small gap to fire at the boss through. When you have one, move in close and fire directly at it. Unless you’re very close, the pounding won’t damage you. Every time a pink circle forms on your position, move out to avoid it. Then, when the lightning is over, move back in to cause more damage. Keep this up, and the phase will be over quickly.

The third phase of Tutoriaal is easier than the second but more challenging than the first. It’s another phase of two halves.

For the first half of the fight, Tutoriaal will charge up, pounding the ground as it does, and rush towards you. All you need to do is continually fire at it and move away from your last position. Don’t get stuck in a corner because the boss can turn as it charges you. Instead, it’s better to try to move around in a circle and confuse it as much as possible. Distance is key and will help you knock it down to the second half of this phase in no time.

For the second half of the fight, Tutoriaal will keep charging you as it was in the first. However, now there are lines on pink circles forming across the arena from top to bottom. You need to concentrate and avoid these attacks while you move away from the charging Tutoriaal and keep up your weapon fire at all times. This is the most complicated part of the boss fight, but if you focus more on avoiding taking damage and keep firing, you’ll take Tutoriaal down eventually. Once you’ve defeated this phase, the boss fight is over.