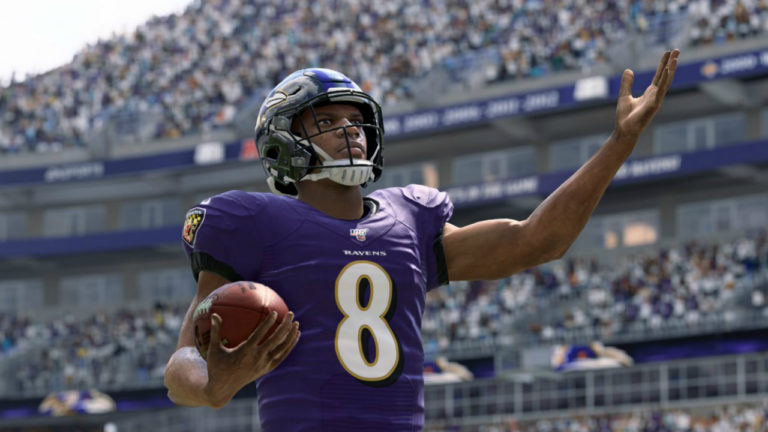 The most successful football teams in the NFL are highly offensive threats that can see whatever defensive formation the opposition is presenting and exploit them for their weaknesses. Man coverage is a rather simple aspect to deal with, as you are solely relying on your players to outperform the other team. However, zone coverage makes things a little more complicated. Here is how to recognize and deal with a defense running zone coverage in Madden 21.

What is zone coverage?

Before you can beat the zone coverage, you need to be able to recognize what it is. The most common zone plays are called Cover 2 and Cover 3. This generally means how many players will be positioned downfield protecting against a deep play. When you select your play, both teams will line up and get ready to hike the football. The key to pointing out zone coverage is by recognizing the positioning of the defense. If players are lined up directly in front of your wide receivers, odds are that they are running man coverage and will follow those players wherever they run (unless they are blitzing).

Zone coverage will be noticeable because instead of trying to mask your players’ movements, they will be defending a portion of the field. They will typically give your receivers room on the line of scrimmage. Once the ball is hiked, you will notice they run to whatever section they are set to, and will react to the movements of the football rather than take a proactive approach to player movements. This is particularly useful for passing plays, as the defenders have their eyes on the football at all times. Throw it in their zone, and they are more likely to attempt an interception on the pass. Teams with less speed in their secondary are more likely to choose zone plays and be more successful as they do not necessarily have to keep up with speedy receivers. Zone coverage is more about limiting damage or knocking down passed balls than forcing yardage losses on plays.

How to beat zone coverage

It might seem a little common sense to say this, but the best way to beat a zone coverage is to throw the ball where the defenders are not. Zone coverage plays react to the football rather than the receivers on the field. This means that if your receivers are running highly mobile routes, they have a much better chance to get open and gain significant yardage. Since the only players that will be rushing your quarterback in a traditional zone play are the defensive linemen, this means you have as much time to get rid of the ball as your offensive line can buy you, so do not feel rushed in these situations, and take time to survey the field. These plays should give your quarterback plenty of chances to gain yards if you decide to run the ball with them as well, so keep that in mind but be sure to slide with them as the defenders get close to avoid injury or fumbles. If things have you feeling uncomfortable, roll out of the pocket and throw the ball away. Also, if your receiver is running a route where they stop and stand in place, avoid throwing it to them unless they are considerably wide open.

If the defense is running Cover 2, their two safeties will be playing back on both sides of the field. If you have a route running towards the middle of the field behind the linebackers, you can gain significant yardage. If the defense is running Cover 3, they have an extra player covering the middle deep down the field as well but should leave a hold open in the mid-range for a respectable gain.

Another common way to exploit a zone coverage is to have your receivers, tight ends, and running backs on one side of the field. In this case, the defense will essentially have half of their team not in immediate contention with your players, as they are covering their zones, and should lead to at least one option getting open on the play.

We also recommend tempering your expectations on running plays against zone defenses. While very useful for short yardage gains, unless your running back breaks tackles, you are not likely going to gain over ten yards. The defense will be reacting to the ball, so if your running back crosses the line of scrimmage, that leaves everyone who is watching the ball to react to them and chase them down.