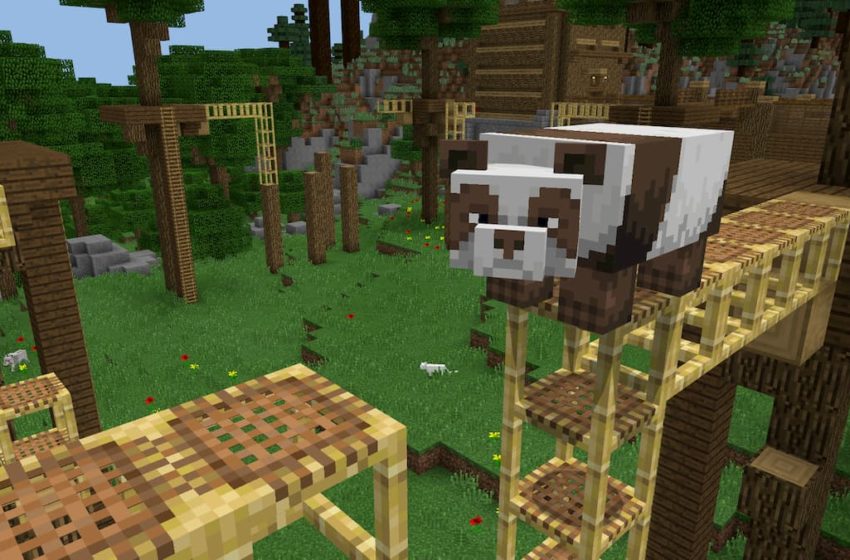 Pandas are unique creatures that appear in Minecraft for various reasons, but the process of getting them to breed is one of the biggest reasons they stand out from other mobs. There are already multiple versions of Pandas, and they act uniquely from other animals you will come across. Getting them to mate and create a baby version of the mob is a little more luck-based than other ones. If you want to bring more Pandas into the area, here is how to breed them.

How do you make Pandas breed in Minecraft?

While most animal mobs are easily bred by giving two of them a certain food, Pandas need to be in a specific area for it to work. First, you need two pandas like you would expect and at least eight blocks of Bamboo within a five-block area that the Pandas are in. The more Bamboo you have around them, the more likely they will be willing to breed. Place them in a small fenced-off area for the easiest chance at doing this. If you do not have enough Bamboo blocks near them, they will attack you if you are in Survival.

Once you have your Pandas near the proper amount of Bamboo stalks, give both of them Bamboo directly, and they will eventually go into love mode after eating it. Once the hearts begin flying from them, they will get together and spawn a baby Panda. You can accelerate the baby’s growth by feeding it Bamboo. That baby Panda’s behaviors will depend on what traits its parents have. Below are the possible traits.