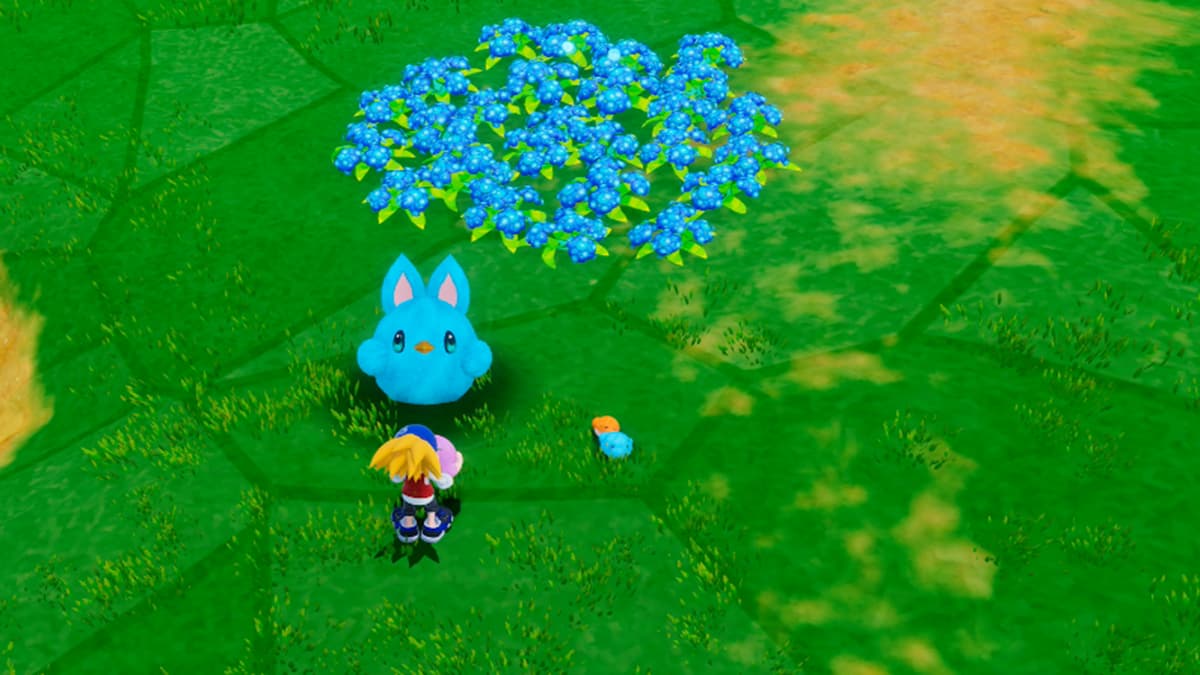 Balan Wonderworld is a game with many colorful creatures created by Yuji Naka, best known for his work on the early Sonic the Hedgehog games and Nights into Dreams. We bring up this random fact because Balan Wonderworld contains a feature that reminds us of the Chao Garden from Sonic Adventure, although there are distinct differences. In this game, you are constantly being followed around by tiny balls of puff called Tims. During levels, they can attack enemies and find collectibles for you, but you can actually raise and breed them in-between those areas — here is how to do so.

The hub of Balan Wonderworld is a small floating island called the Isle of Tims. Like in the platforming levels, the Tims will follow you around, except in here, they ask to be fed. You collect four different colored teardrops in the game that you feed to them: yellow, blue, red, and pink.

To feed the Tims, go to the colored flower patch of the teardrops you want to throw out as food. When there, press a button, and your character will throw out up to 100 of that color at a time. The Tims will come running and start eating them up.

As they eat them, you may notice that they get bigger and change colors. The color of the Tim will decide what they do in the levels for you, but the size is the game telling you they are ready to lay an egg.

When a Tim reaches its maximum size, it will stop asking for food and instead ask for another Tim. Pick up any other Tim and throw it at the big one. If they connect, the bigger Tim will lay an egg. Simply walk over it to hatch a new baby Tim for you to take care of.

The more Tims you have and the happier they are, the more you will see the counter in the area go up, and you will start unlocking new things for your Tims to play with.