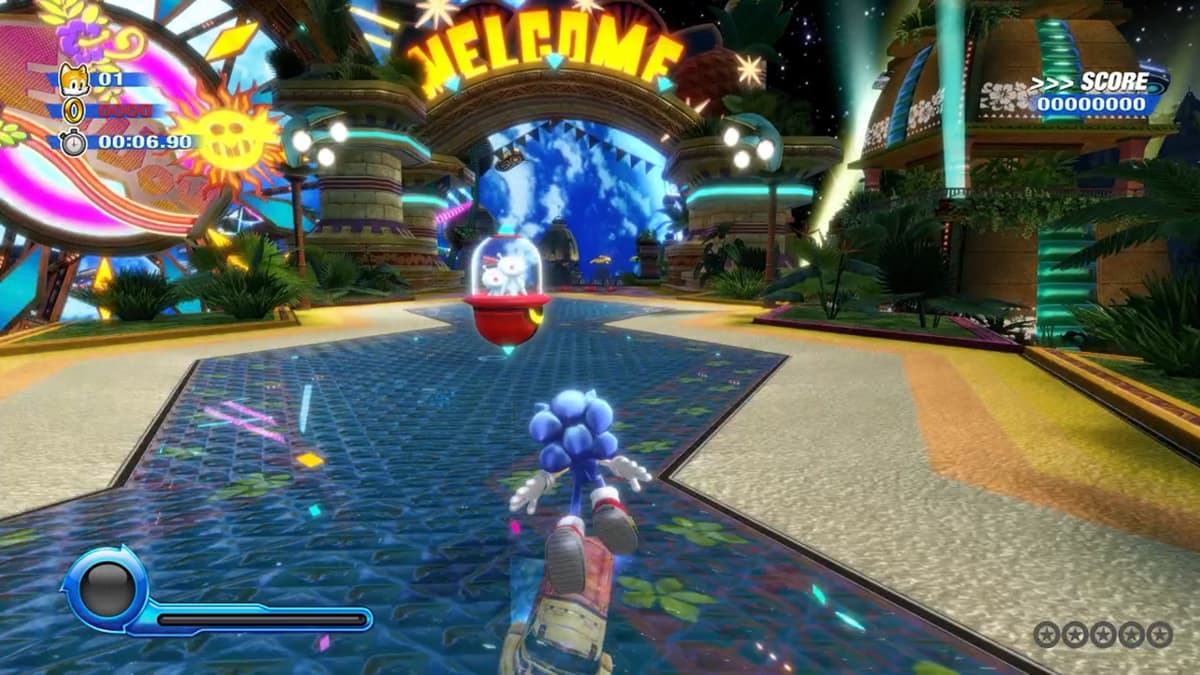 The Sonic the Hedgehog games have been very reliant on the boost formula they have had for over a decade running from Sonic Unleashed through Sonic Forces. Mainline Sonic games have both 3D and 2D sections and allow Sonic to boost his speed quickly if his boost meter has charge in it. This allows for much quicker acceleration without needing a long stretch of area to run in. Here is how to fill up your meter by building up boost in Sonic Colors Ultimate.

You can see how much boost you have in Sonic Colors Ultimate any time by looking at the meter in the bottom left of the screen. To earn boost, you will need to defeat enemies or collect White Boost Wisps that are in capsules throughout the level. You can tell which ones are the White Boost Wisps because they are the only container with multiple Wisps in them. Collecting rings will have no effect on your boost meter unlike other games in the series.

Defeating enemies only gives a small increment of boost, while the Wisp capsules provide a pretty big chunk. To start boosting, press A on Nintendo Switch, Circle on PlayStation, or B on Xbox. Sonic will speed forward, and any enemies in his path will be pushed off and killed, adding back into your boost meter.