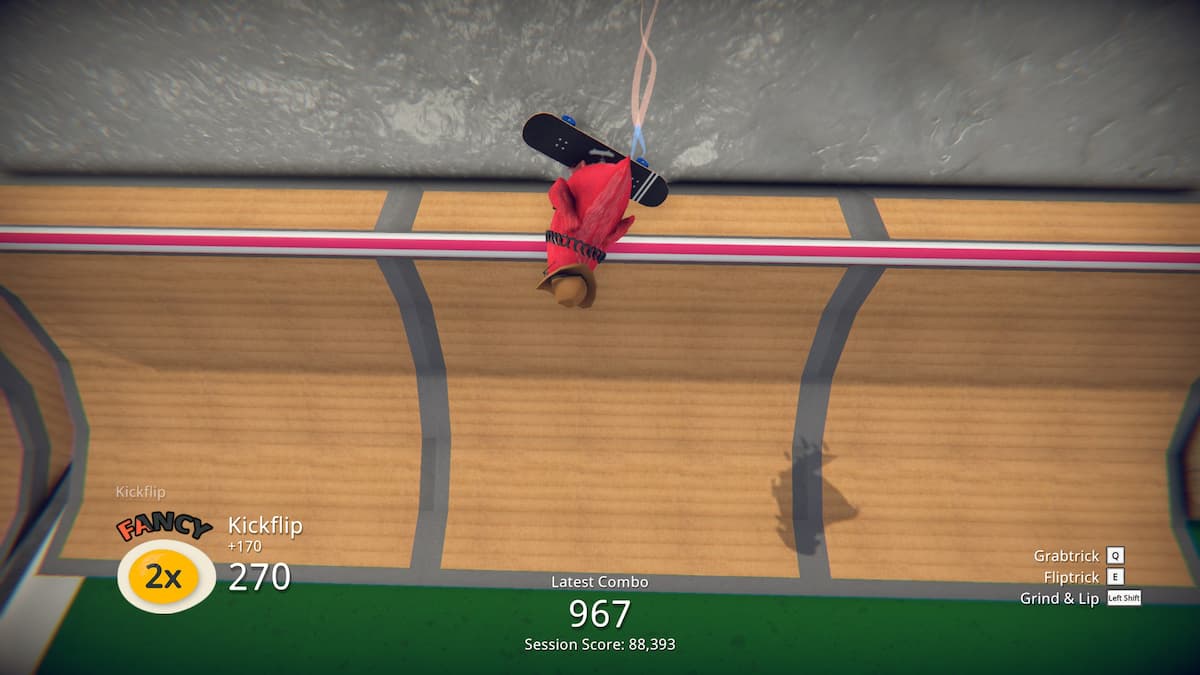 Sometimes in Skatebird, you’ll have to go fast to jump across a large gap or access a new area of a map. However, since you’re a bird, it’s kind of hard to pump your skateboard. Instead, the game has a “Fancy” meter that measures your speed. Learning how to build up that meter quickly is crucial, especially for getting some of the game’s later missions done.

As opposed to other skating games, you don’t build up speed by pumping in Skatebird. Instead, you simply have to snake your way across ramps. That doesn’t mean you should go all the way up a ramp and into the air for a trick, though. Instead, go about halfway up a ramp and then back down in a full arc. For some reason, moving on a ramp like this results in a huge boost to your Fancy meter and, therefore, speed.

Building up Fancy is best done on large ramps, but you can use smaller ones if needs be, although it’ll be a slower process. Be aware, though, that building up Fancy comes with its own set of risks. Your bird isn’t the best skateboarder and is prone to bailing, especially at higher speeds. Once you have the Fancy meter full, be careful where you’re going so your bird doesn’t get any road rash.