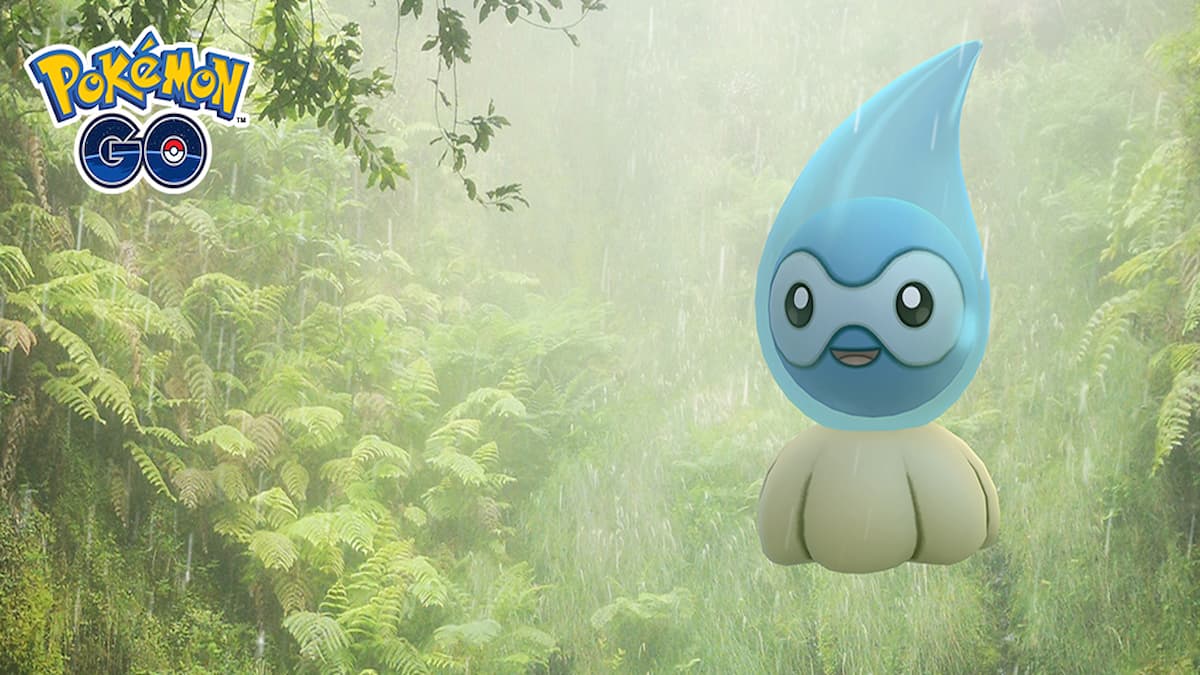 Pokémon Go will sometimes have it, so you have to go out of your way to find a certain Pokémon. For example, when it’s raining, water-type Pokémon will appear far more often, making it easier to capture them. When it’s sunny out, you can expect to see Grass, Fire, and Ground-type Pokémon. There are even certain Pokémon forms that appear based on the weather, such as Castform. It’s a weather Pokémon that has multiple forms, changing depending on the weather in your location. When it’s sunny, Castform will be in its sunny form, and if it’s rainy, Castform’s rainy form will spawn. Following the Weather Week event during the Season of Legends, Castform’s rainy transformation now has a chance of being shiny.

For the Weather Week event, there are multiple ways you encounter a Castform in its rainy form, and it doesn’t have to be raining out. The weather increases the chances of it appearing, but you should find it for the event even when it’s bright and sunny. It’ll only be spawning in the wild. It will not appear in one-star raids or five-kilometer eggs during the event. Because it’s only showing up in the wild, that’s the easiest method for you to find it, but it also means you need to walk past Pokémon spawn points for any chance of catching it. If you don’t want to walk around, your chances significantly go down to find it.

Once the Weather Week event is over, Castform’s rainy form will only appear when it’s raining out in your area. You can always use incense to try and lure it to your location while it’s raining.

Overall, the best way to catch a shiny version of Castform’s rainy form will be when it’s raining out, during, and after the Weather Week event. There’s no guarantee you’ll be able to encounter it in the wild, so you want to try and lure as many as you can to your location whenever possible.

God of War is killing it on Steam