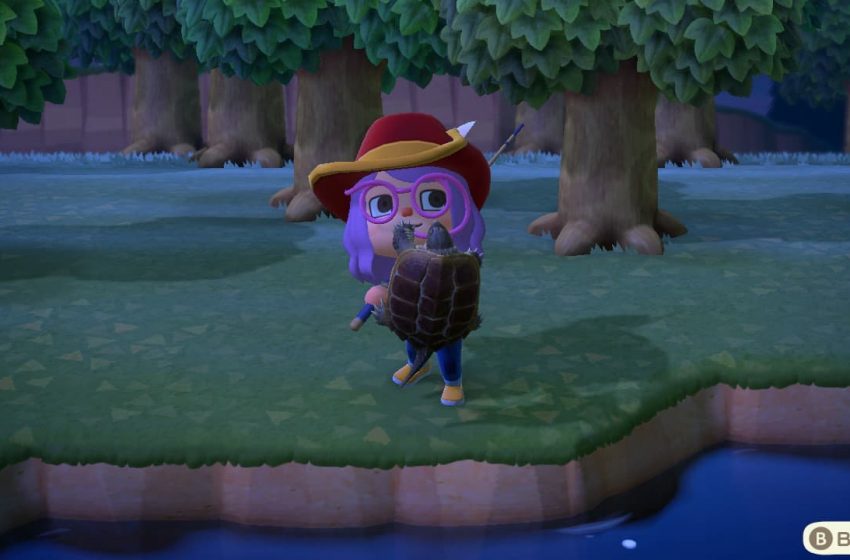 April showers bring… snapping turtles? Well, they do in Animal Crossing: New Horizons. The start of Spring in the Northern Hemisphere brings us a couple of new bugs and fish, and the snapping turtle is among them.

This fish is not too tricky to locate or catch. Snapping turtles are a river fish, and they’re common enough that you probably won’t need fish bait. The tough part is wading through all of the other fish that appear in rivers.

Snapping turtles are easy to spot; they have a fairly large shadow. Because they’re found in rivers, it’s not worth the hassle of fishing up smaller fish to clear out your fishing holes. Just keep walking along the banks of your river until you spot a larger shadow.

You can snag this species during most of the year. Snapping turtles abound from Spring through the end of Fall. Depending on which hemisphere you’re playing in, that’ll either be from April through October or October through April.

If you need to catch one during your hemisphere’s off-season to complete your museum, they’ll be available in the other hemisphere. The folks behind AC:NH are truly doing their part for international relations; you’ve got a built-in excuse to make a friend on the opposite side of the world.

Just like in real life, snapping turtles are nocturnal creatures; they only spawn between 9 p.m. and 4 a.m. daily. Unlike their real-life counterparts, they won’t bite your fingers. Maybe in the next Animal Crossing game…

Here’s a simple video guide about the snapping turtle.

Since the snapping turtle sells for 5,000 bells, they’re a good target if you want to make a bank with some low-effort fishing. Just make sure you’ve got room in your inventory to stack them up until morning, since selling them after hours nets you a lower profit. How to get all Summer Shell DIY recipes in Animal Crossing: New Horizons