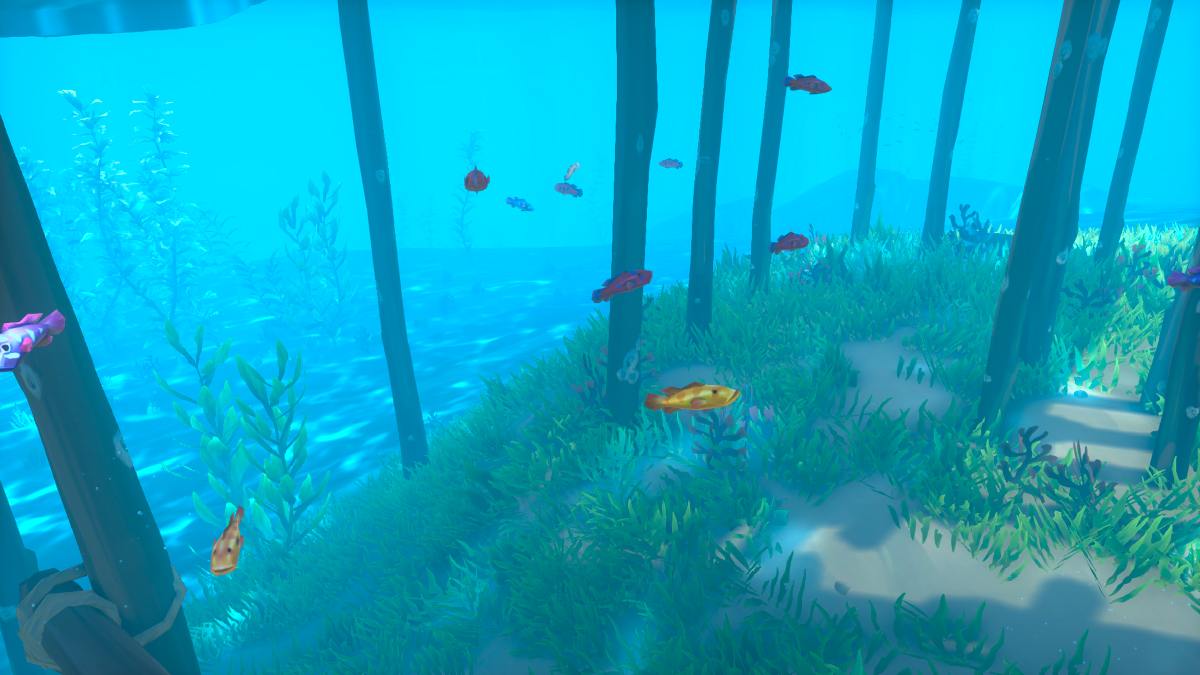 Splashtails are the most common fish species in Sea of Thieves, and all five variants can be found anywhere on the open ocean, making Splashtails the easiest species to find and catch. Along with Pondies, Splashtails sell for the lowest amount of Gold to The Hunter’s Call. Fortunately, Splashtails require no bait, so their lower sell price can be made up for in bulk. That said, they can also be caught with any bait on the hook. While Splashtails (barring the Umber variant) may be easier to find, you’ll need to know what to look for if you want to catch them all.

If you’re exclusively fishing for Splashtails, make sure you’re not using bait and aren’t fishing in a freshwater pond, as this is where Pondies are located. Also, don’t fish within the title cards of Large Islands. Doing all of this limits the pool of potential fish you can catch to just Splashtails.

Ruby Splashtails are the Base variant of Splashtails and the bane of every veteran Hunter’s existence, as it’s difficult not to catch one. They’re the most common variant of Splashtail, which itself is the most common species of fish in Sea of Thieves, and their red color makes them stand out among most fish. Simply casting your rod into the ocean a few times with no bait and waiting for a bite should be enough to catch one. One regular raw Ruby Splashtail sells for 75 Gold at Seaposts.

Sunny Splashtails are the Common variant of Splashtails in Sea of Thieves. While they should still be easy to find, they’re not as prevalent as the Ruby. Unlike Ruby Splashtails, which are hard to confuse with other fish, Sunny Splashtails can look eerily similar to Honey Islehoppers, Amber Plentifins, Muddy Wildsplashes, and Forsaken Devilfish when fishing with bait, so pay attention to the Sunny’s thin, yellow, elongated form. One regular raw Sunny Splashtail sells for 150 Gold at Seaposts.

The Umber Splashtail is the Rare variant of Splashtail. Like many other species’ Rare variant, the Umber has an albino color palette, giving it a palish-white pigment with pink fins and eyes. While the other variants of Splashtail may be easier to find, this one could certainly take a while if you’re not lucky. As mentioned at the beginning of the guide, we recommend you take steps to limit the pool of fish you can catch to just Splashtails if you want a better chance of catching this elusive variant. Fishing with a larger crew will also increase your odds. One regular raw Umber Splashtail sells for 375 Gold at Seaposts.

The final variant of Splashtail is the Seafoam. This is the Night variant of Splashtail, meaning you can only catch it at night. It should be relatively common during that time, and it’s easy enough to spot since it glows bright green in the water. However, it can easily be confused with the glowing, lime-green Starshine Ancientscale if you’re fishing with Leeches in The Ancient Isles at night. If so, keep an eye out for the Seafoam’s brighter green (including on the fins), as well as its shorter length and wider build relative to the Starshine. One regular raw Seafoam Splashtail sells for 150 Gold at Seaposts.

Minus the Umber, the Splashtail variants should be pretty easy to catch. But remember, you could also randomly stumble upon any of the Splashtails and all other fish variants in Shipwreck Barrels, Barrels of Plenty, Skeleton Ship Food Barrels, Rowboat Chests, and Storage Crates.