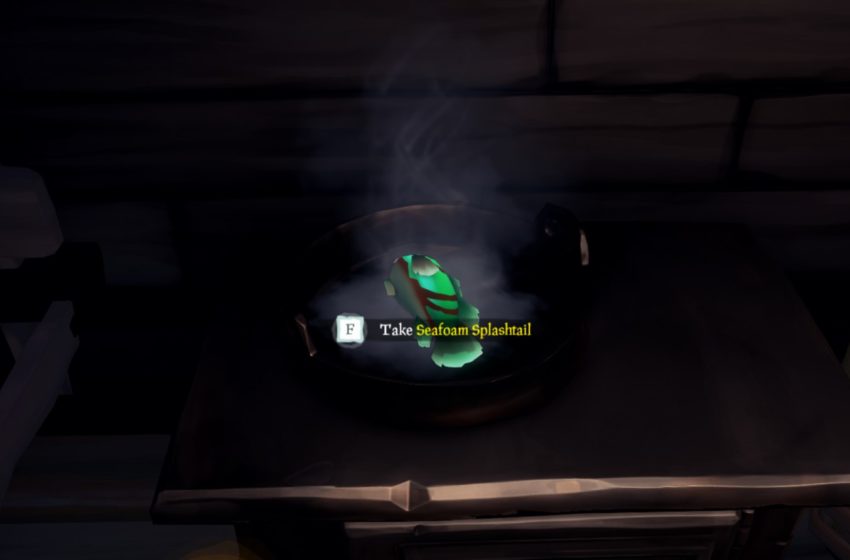 After you catch a fish in Sea of Thieves, you have the option to turn it into Hunter’s Call for a reward for a flat rate, or you can increase the amount you receive by cooking it. You can also eat the cooked fish to heal yourself and your crewmates. The same goes for any shark, Kraken, or Megalodon meat you acquire during your travels. Cooking fish takes a bit of practice because there’s not direct timer showing you how long you need to do it. The best way to do it is to watch how the meat changes while cooking and learning when to take it off from a pan.

All you need to cook in Sea of Thieves is a pan, which you can find on the deck of your ship or campfires you find on islands and outposts. These locations should have a pan resting above the flames where you place your fish meat.

You will have an easier time cooking fish than you will the large chunks of meat because to cook it properly, you need to pay attention to a fish’s eyes and the sound it makes while it boils. The size of the fish matters as well, with larger fish requiring a longer in your pan. Average fish and shark meat require at least 40 seconds in the pan, whereas trophy fish, which are larger versions of the regular fish and glow in the dark, take about 90 seconds to cook correctly. You do not want to leave them on a pan for more than 80 and 180 seconds, respectively.

For those capable of taking down a Kraken or a Megalodon can jump into the water to claim a chunk of the creature’s meat. You can throw them into the pan, much like you would shark meat, but they take significantly longer to cook. You need to leave it on there for at least two minutes. You will burn your precious meet if you leave on there for more than four minutes, though.