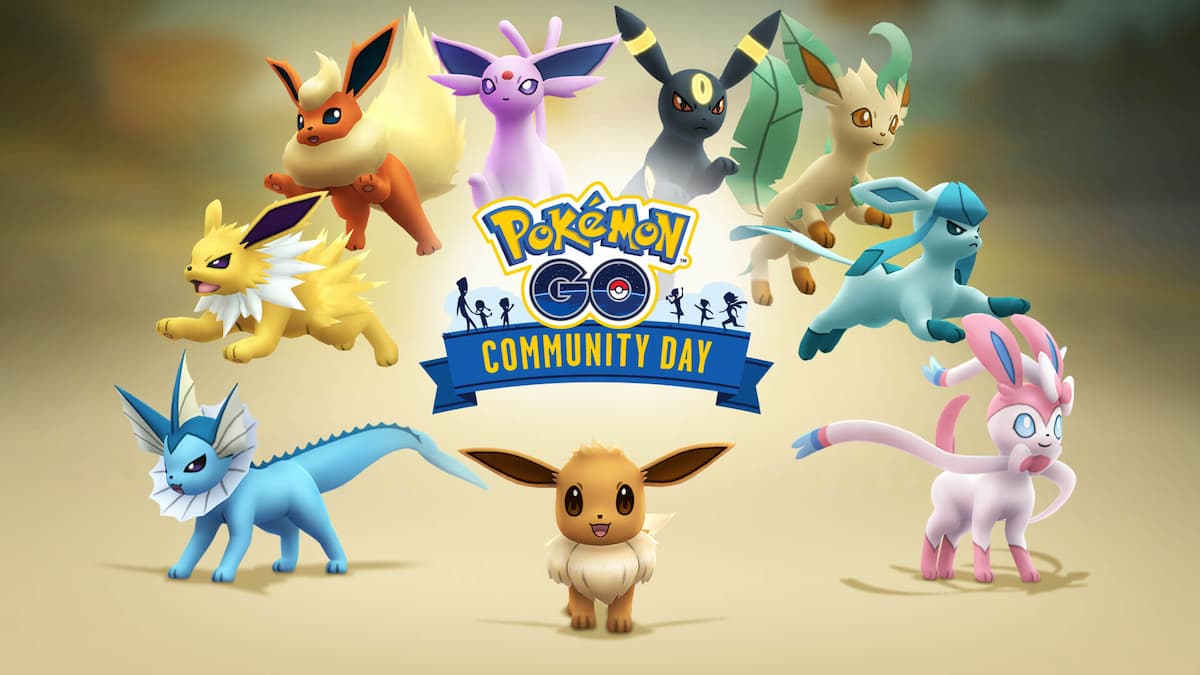 Eevee is a pretty common Pokémon in Pokémon Go, but you have so many options to pick from because of how many evolutions it can become. The possibilities are a bit overloading, and during December 2021’s Community Day event, you might have trouble picking the best evolution for your Eevee. But where can you catch Eevee during the event? You can find it in a specific way. In this guide, we cover how to catch Eevee during the December 2021’s Community event in Pokémon Go.

You can only capture Eevee during the event by finding it in the wild. The wild Pokémon will be spawning much more frequently from 11 AM to 5 PM during the event, which takes place from December 18 to 19. You can expect to find Eevee in the wild alongside several other Pokémon featured in the event. If you’re looking for a shiny version of it, we recommend placing incense on your character or adding a lure to a PokéStop that you can frequently visit to bring them to you.

However, Eevee has a higher chance of appearing on Sunday, December 19. While it still has a chance to spawn on December 18, it has a much higher chance of naturally spawning in the wild on Sunday. This will be the best way to find Eevee’s all over the game, especially while you explore your local area.

If you’re trying to hunt down a shiny event, it should have an increased chance of being shiny on December 19.