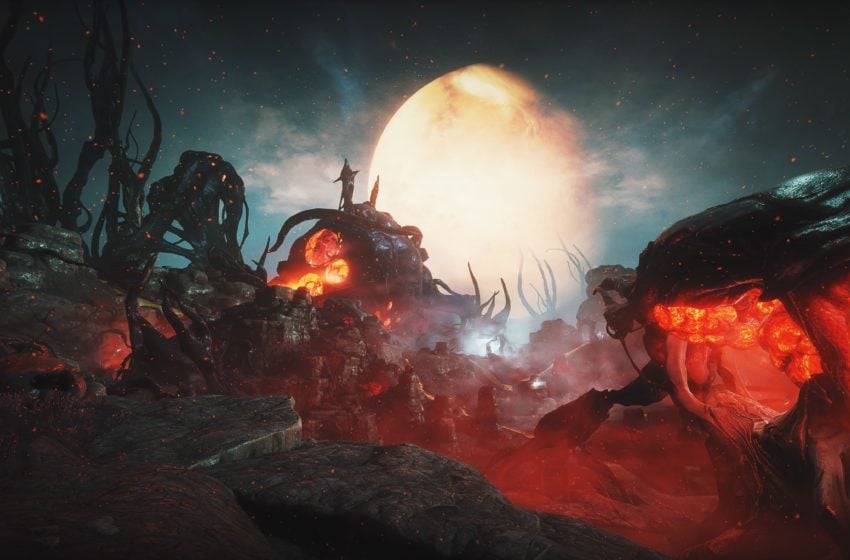 Just like the Plains of Eidolon, and Orb Vallis, the Cambion Drift open-world area in Warframe features fishing. It is a little different this time, as these Infested fish will fly just about the ground. The different types of fish will only appear during the areas two cycles when Fass or Vome is in charge of things on the surface.

When Fass and Vome duel in the Cambion Drift, the losing Wyrm’s body will be blown to pieces, scattering residue across the map. Both of these residues can be picked up and used as Bait for the Infested Fish, and can be accessed in the fishing menu. To open the fishing menu, just equip one of your fishing spears.

You can bring your fish to Daughter, located in the Necralisk, and marked on the minimap by a small fish symbol. You can cut the fish here, and trade in parts for Daughter tokens that you will need to rank up with the Entrati Syndicate. You can also get the Spari spear from her, which is the best way to catch these fish.

Cave Fish can only be found in the caves that run beneath the surface of Deimos.