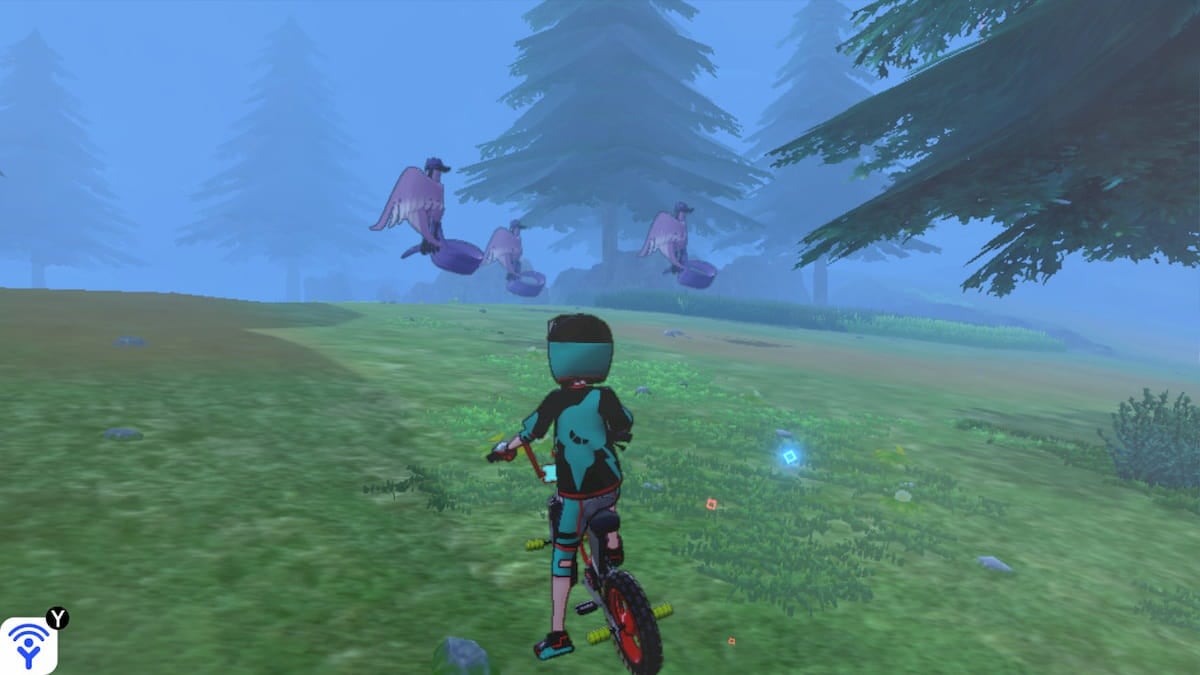 For those looking to add more Galarian Pokémon to your roster in Pokémon Sword and Shield’s Crown Tundra expansion, the three original legendary bird Pokémon have a new form. You can catch them in the Crown Tundra expansion. With a new Galarian form, these Pokémon have new typings that can shake up how you use them in combat. But these Pokémon won’t be stuck to a single location. These are roaming around all over Galar, and you have to find them. Luckily, Galarian Articuno remains on Crown Tundra.

You first encounter Galarian Zapdos, Moltres, and Articuno at the Dyna Tree Hill at the southern point of Crown Tundra. The three Pokémon are fighting it out against the other, and when you appear, they dash off to various locations, all away from each other. Galarian Articuno flies the shortest distance away and makes their way to the top of the Crown Tundra mountain. You can return to Freezington and make your way to the mountain’s peak to meet up with this powerful bird Pokémon.

While Moltres and Zapdos are on full display for you to chase after, Articuno is a bit trickier than that. You have to roam around the entire Crown Tundra area and listen for Articuno’s distinct cry. When you do find it, Galarian Articuno is floating i nthe middle of the air waiting for you. It won’t run away. However, when you approach it, it divides itself into three copes, and you to figure out which is the real one. If you’re wrong, it runs off, and you have to find it all over again and repeat the process. Once you do find the correct one, you can battle it.

We found outs in the Giant’s Bed region, but it can be all over. If you’re having trouble finding it, continue searching some of the less snowy regions because it can show up there too, so near the Dyna Tree Hill is a reasonable area to check.

The original form of Articuno is an Ice and Flying-type. However, its Galarian form is a Psychic and Flying-type, so make sure to plan accordingly when you attempt to fight it.