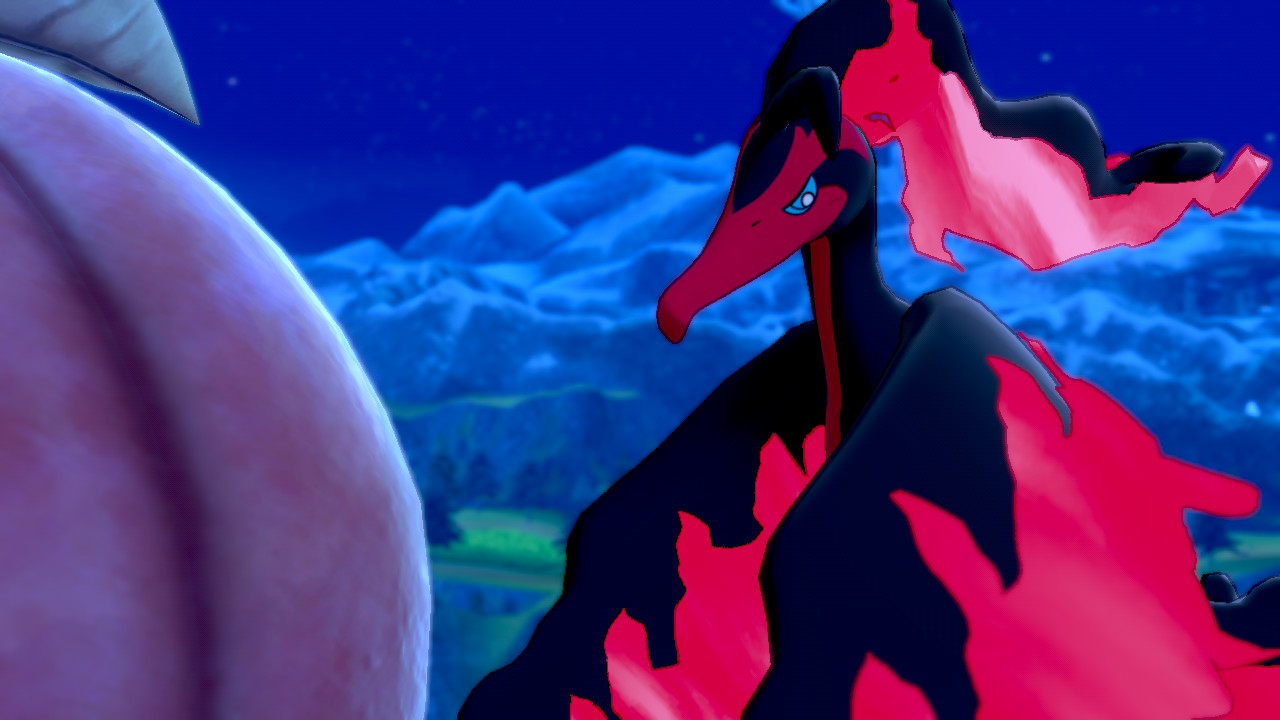 The legendary bird trio Zapdos, Moltres, and Articuno have appeared in Pokémon Sword and Shield’s Crown Tundra expansion. These Pokémon are all the way from the Kanto region, and each of them has a new look. The brand new colors come with a new typing for all three of them, and you add the new editions to your Pokémon roster by finding them in the Galar region. But these Pokémon are quickly moving around the map, and you need to find them in specific locations.

For Moltres, you need to travel to the Isle of Armor after meeting with them at the Dyna Tree Hill in the Crown Tundra area. You meet them after they’re about to battle one another, there’s a brief cutscene, and then they dash away all over the map. You can fly over to the Isle of Armor and see Galarian Moltres flying over the Soothing Wetlands region and flies around a good portion of the island. You’re better off waiting until it makes it’s way back to the main part of the island.

Unlike Zapdos, it will approach you, and it doesn’t run away. It’s still difficult to catch. You may need to predict its general flight path to get in front of it and grab its attention to fly towards you.

It has a different typing than its original Fire and Flying-type form. This time, Galarian Moltres is a Dark and Flying-type, so make sure to prepare for that when you battle against it.

Once you capture it, you’re ready to explore the other regions of Galar to capture the two. Galarian Zapdos runs around the Wild Area outside of Motostoke, and Galarian Articuno flew to the top of Crown Tundra’s mountain.