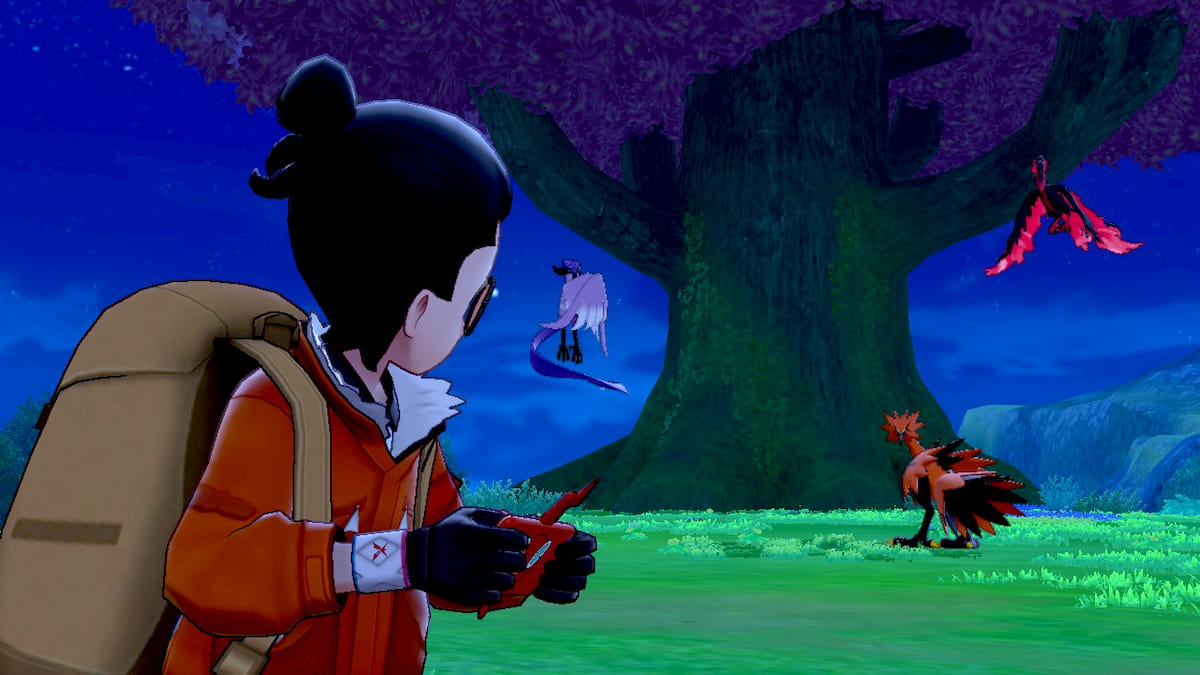 For Pokémon fans who remember when they first encountered Entei, Raikou, or Suicune in Pokémon Gold and Silver, you’re probably familiar with how roaming works. The concept returns in Pokémon Sword and Shield’s Crown Tundra, where the Galarian versions of Zapdos, Articuno, and Moltres. These three legendary birds have a new look and a new trick of wandering around the game after you initially encounter them. Galarian Zapdos is the quickest among them, and you have to be fast to catch it.

When you first encounter the Galarian trio of Zapdos, Articuno, and Moltres, they’re fighting one another in the Dyna Tree Hill area of Crown Tundra. Once they disperse, you learn that Galarian Zapdos is wandering around the central Wild Area of Galar. When you fly yourself to the front entrance outside of Motostoke city, it’s dashing around and kicking up a storm. You’ll have to be fast to catch it.

Galarian Zapdos runs all over the region, so expect a lot of running, and it gets away from you. For those who remember attempting to catch the Galarian Slowpoke in the Isle of Armor, it’s the same concept. It would help if you cut it off when it’s running around and battle against it.

After you capture it and add it to your collection, you can go after Moltres and Articuno. Galarian Moltres is hiding out on the Isle of Armor, and Galarian Articuno flew off to the top of Crown Tundra’s mountain, and it remains in the region.