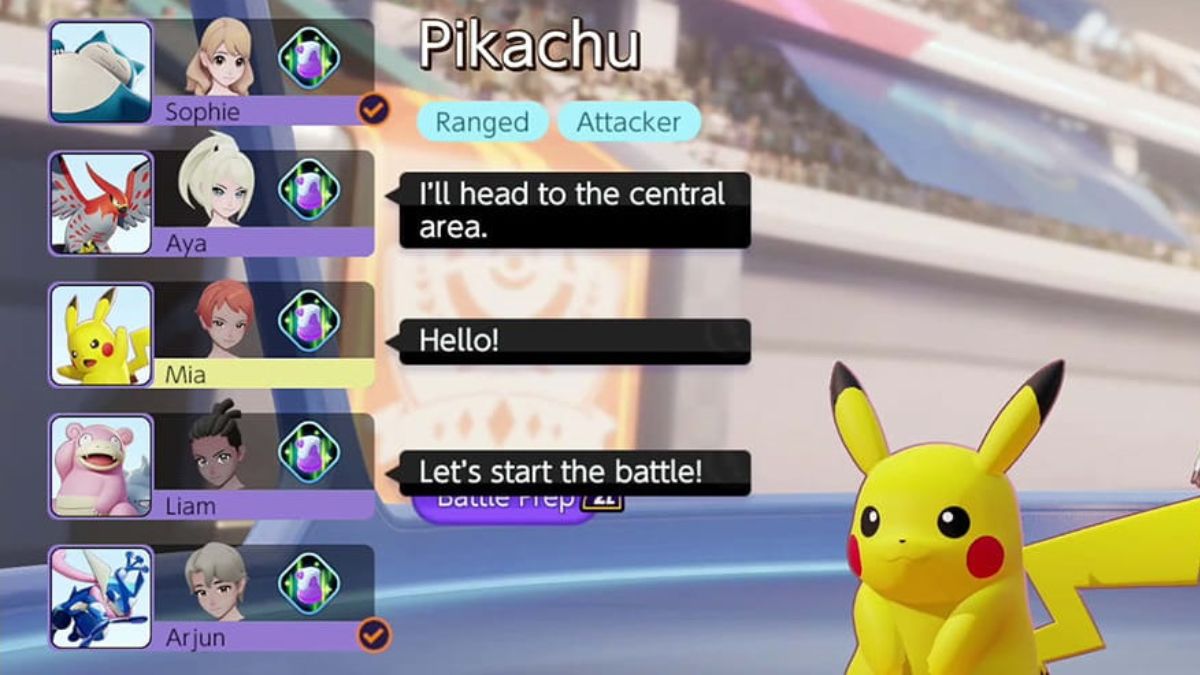 Image via Tencent, The Pokemon Company, and Nintendo

Communication is key in a MOBA like Pokemon Unite. You have to talk to your team in order to set up attacks, ask for help, and most importantly, assure that other team members take down bosses. However, for some who are new to the MOBA genre, it can be daunting. Here is how to chat in Pokemon Unite by texting your teammates.

There are two instances when you can communicate with your squad: before and during the match. To get that mouth metaphorically flapping in the preparation screen, press – on the Switch. From there, you can select your preferred message. Near the bottom of the list, you can say which direction you’ll be going: to the upward path or the downward path. Your teammates will then know where you’re going and plan accordingly. You can also say which type of player you will be like a defender or an attacker. Or you could simply say “hi” — that works too.

When you’re in the game, you can communicate by pressing up on your D-Pad. A wheel will come up. You can say “I need backup,” “Headed to the top path,” “Headed to the central area,” and “Headed to the bottom path.” You can also coordinate with fellow players and say that your ultimate move (the Unite Move) is ready.

There are three symbols on the top of the wheel. The green shield says to other players to retreat out of an area of the map, the red fist means to attack, and the yellow flag means to gather. The latter would be great to get your team together into one space for taking out a big boss Pokemon like Zapdos.