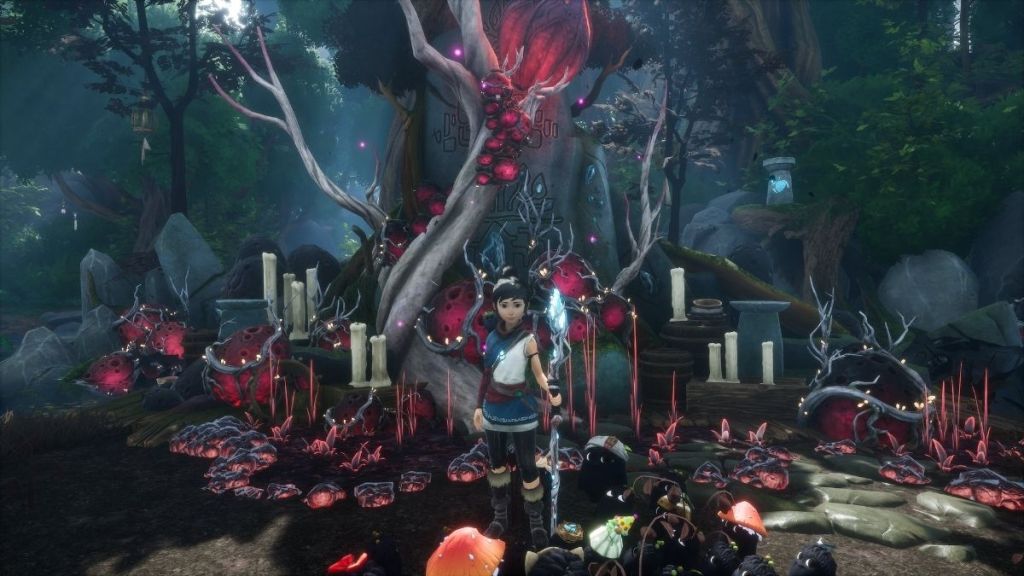 You’ve worked hard to make it to the Forgotten Forest. You’ve met up with Rusu and he has told you about the four shrines that need to be cleansed of the corruption. While three of these shrines are noticeably easy to cleanse, the Fishing Shrine stands out as being harder than the others. This is because there is a puzzle that needs to be solved in order for it to be cleared of the corruption surrounding it. Here is the solution to the puzzle.

Pay close attention to the images below. There, surrounding the Fishing Shrine, are four stone pillars with crystals in them; two in front of you when facing the shrine, and two behind you. As in the pictures, let’s label these as one, two, three, and four, with one and two being in front and three and four being in the back.

As you can see in the first picture, there are four sets of candles on the shrine. The crystals and the candles are connected. To solve the puzzle, you must light the candles in order from one to four. Any failed attempt will cause two flying enemies to spawn and attack you. The correct order is one, three, four, two. In other words, when facing the shrine, shoot the front right pillar first, the back left pillar second, the back right pillar third, and the front left pillar last. When done in the correct order, the Fishing Shrine will be cleansed of its corruption and Rusu will appear.