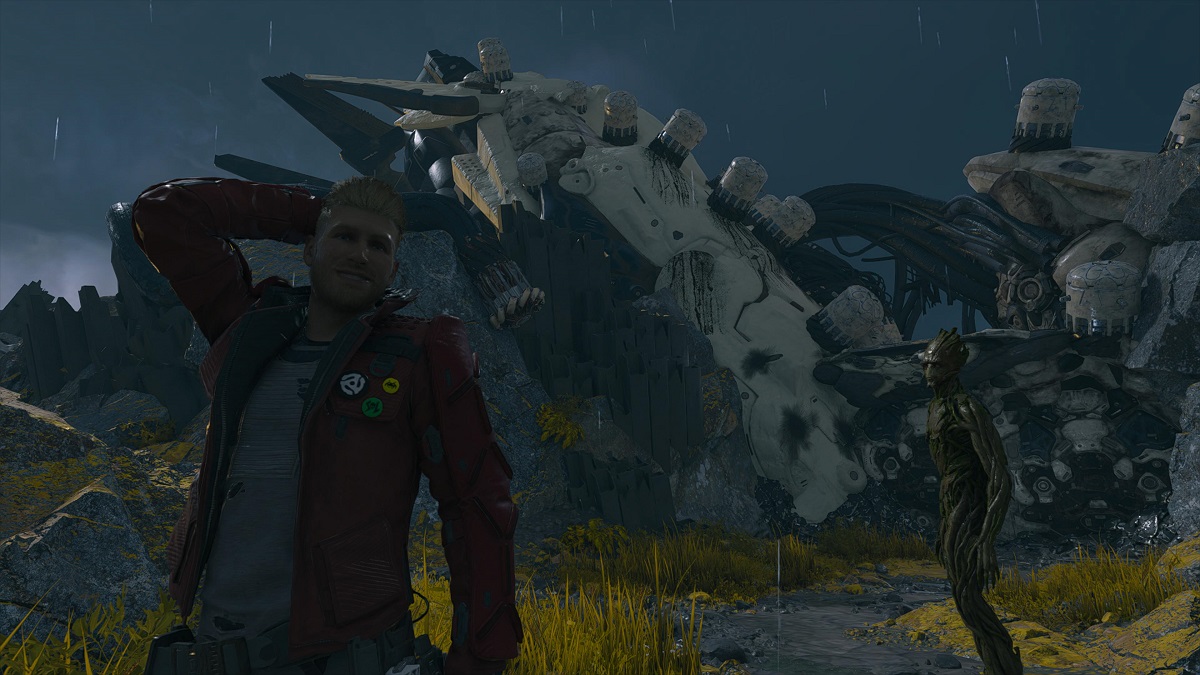 Marvel’s Guardians of the Galaxy find themselves once again having to climb the wreckage of a ship, but this time it’s a Chitauri vessel. With Starlord’s newly found ice bullets, you can now keep objects in place and manage to successfully climb the abandoned but much-feared vehicle.

After you defeat the waves of jelly monsters, you’ll see two ship cannons. Drax can certainly pull the first, but there’s a catch. You’ll realize that he can’t keep it in place. So, when Drax pulls the cannon again, equip the ice bullets by tapping left on the D-Pad and shooting with the right shoulder button. The game will auto-aim for you on the side of the cannon. Now, a certain rodent can climb it.

Despite this feat, the second cannon isn’t as easy for the Guardians as Drax can’t pull it. He can’t reach its height. Instead, tell Rocket to climb through the hole on top of the first cannon you pulled. He seems reluctant but the master of the gab Starlord convinces him to go in. He’ll start an explosion inside the ship, and now the second cannon is going out and in.

While the cannon is in its out position, use the ice bullets once again to freeze it into place. You can now climb atop the wreckage of the Chitauri ship in Marvel’s Guardians of the Galaxy. This is far easier than the Nova ship, right?