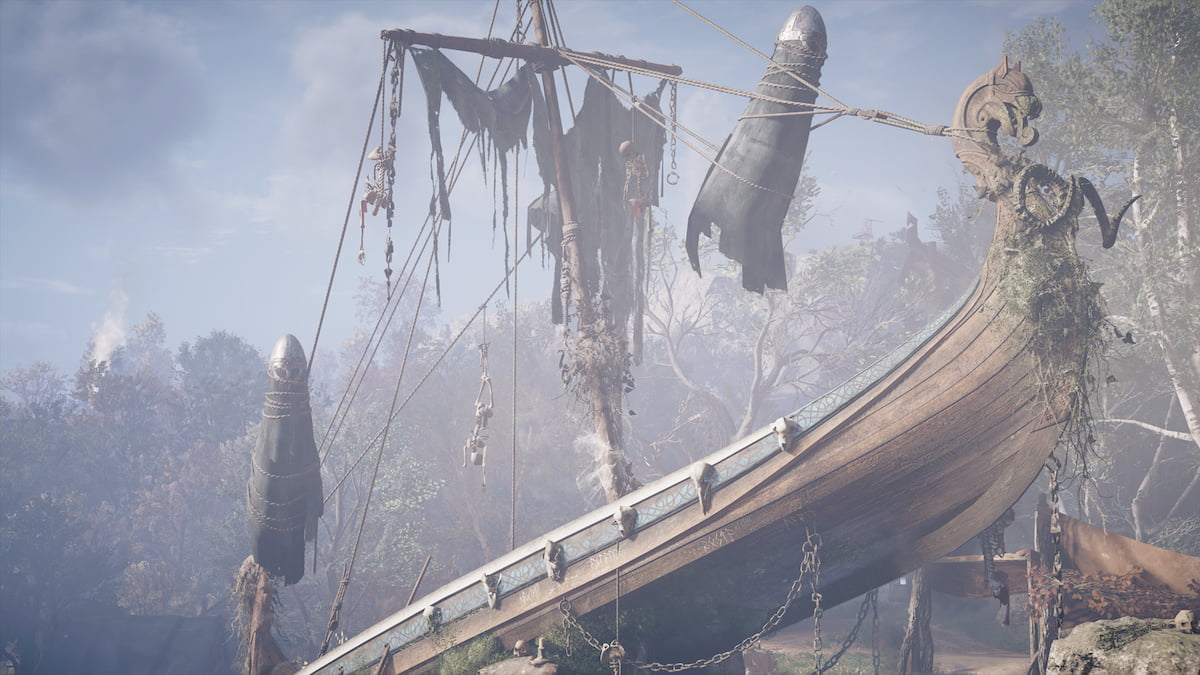 Oskoreia Festival has arrived to Assassin’s Creed Valhalla, and with it, several new quests for you to complete to honor the dead. One of these quests is An Honorable Death, which you receive after completing the Homeward quest by following the Mad Monk into the veil. Here’s what you need to do to complete An Honorable Death in Assassin’s Creed Valhalla.

Examine Gudmund’s Ship of the Dead

The first thing you’ll need to do is examine the massive ship that’s been placed at the center of the festival. You’ll be able to do this by following the waypoint in your mission to the side of the quest, and waiting for the prompt to appear to thoroughly look over the Ship of the Dead.

After examining the ship, Eivor discovers a name that was painted into the ship with charcoal, not carved, unlike the other names. They ask Gunmund where the mysterious stranger went after painting the name but provide a vague direction. You’ll need to return to the back of your Great Hall to find the stranger and continue the quest.

When you arrive at the location, you’ll have to track down where the limping stranger ran off. You can do this by using Odin’s Vision to narrow down his route, and you should be able to interact with one of the pillars next to the Museum.

You’ll find the man, dead, underneath the bridge, not too far away from the longhouse. The stranger will have a note written on them describing how they were able to protect a village because they saw it coming. You’ll now need to find a lookout point between Ravensthorpe and where the Alne and Nene rivers meet.

The lookout you need to find is the Ragnarasson Lookout, to the northwest of Ravensthorpe. If you’ve already traveled there before you should be able to fast travel there to save yourself some time. When you arrive, you’ll be looking for a pillar of smoke, directly south of the Ragnarsson Lookout. When you arrive, you’ll find more of the Monk’s smoke, allowing Eivor to see through the veil.

Once Eivor learns of Kalf’s story, they’ll return to the Oskoreia Festival to properly carve Kalf’s name into the ship.