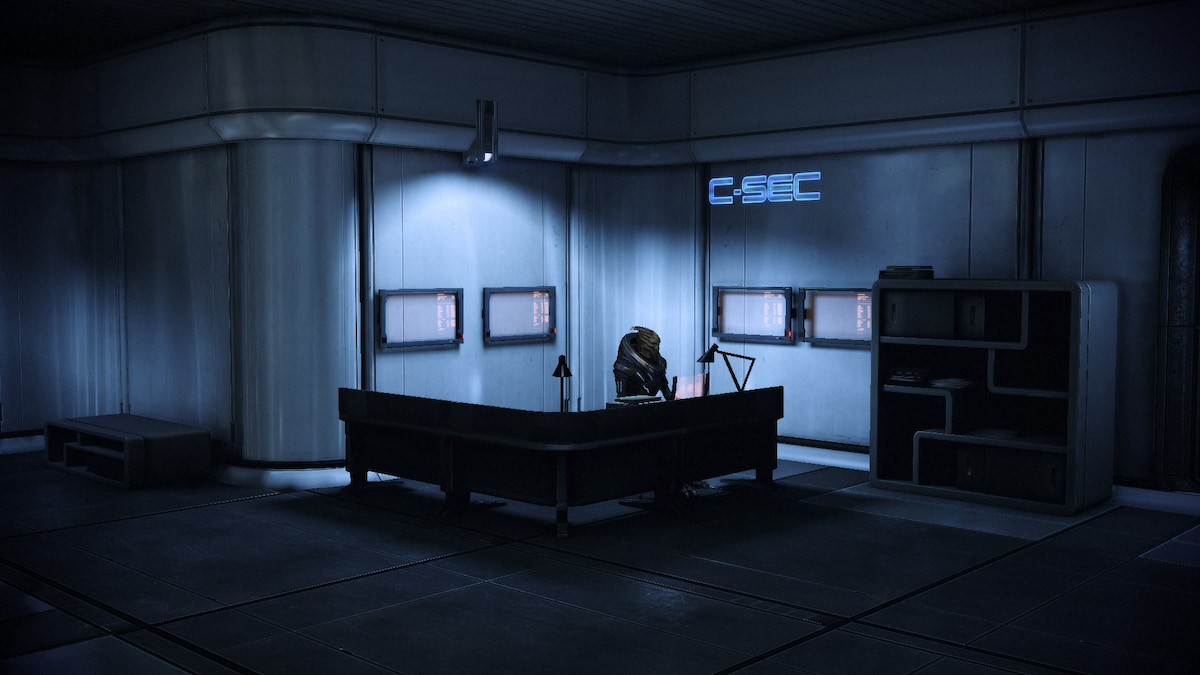 When you arrive at the Citadel in Mass Effect 3 Legendary Edition, you have the option to visit Aria, who has been kicked out of Omega by Cerberus. Despite being kicked out, she still holds sway with many, and there are mercenary groups all over who are willing to join in the fight against the Reapers if you can sway them. The Eclipse is run by Jona Sederis, but her terms might be too high. You have some choices here.

Meeting Bailey and speaking with Sederis

Upon receiving the mission, you’ll need to head up to the Citadel Embassies level and speak with Commander. He’ll be able to grant you access to Sederis. You can find him in the C-Sec office, the room to the left of the elevators, right before the Spectre and Earth Councilor offices.

Speak with Bailey when you enter the office. He’ll explain to you that Sederis is crazy and became even crazier after he locked her up. Despite the Council pushing to let her out, Bailey held his ground and refused to do so. Because Aria needs her, you’ll have to inspect her for yourself by speaking with her. Head down to the Presidium Commons floor, and go to the C-Sec Outpost location.

Talk with the Turian assistant in the office, and he’ll give you access to Sederis. Upon speaking with her, she’ll explain how her enemies are going to die, and heads will roll when she gets out there, which you have no choice to do because she holds all of the cards. However, she mentions her second in command. You have two choices here: releasing Sederis, or speaking with her second in command, Sayn. You can find Sayn on the Docks: Holding Area level on the Citadel. Sayn will be at Cargo Hold: A.

When speaking with Sayn, it does not matter what choices you pick. You can convince him that he’s still in charge if Sederis is left in jail. By the end of the conversation, you’ll have acquired Eclipse’s support, but without Sederis leading them. Make sure to return to the elevator and go through the scanners to complete the quest. It’s done Bailey gives you a call.

Should you go with Sederis or Sayn?

Regardless of the decision you make, there are no negative consequences based on your choice. If you choose to release Sederis, you receive Renegade points. If you pick to let her rot in jail and encourage Sayn to take control, you’ll receive Paragon points. Both outcomes give you some experience points and credits at the end.