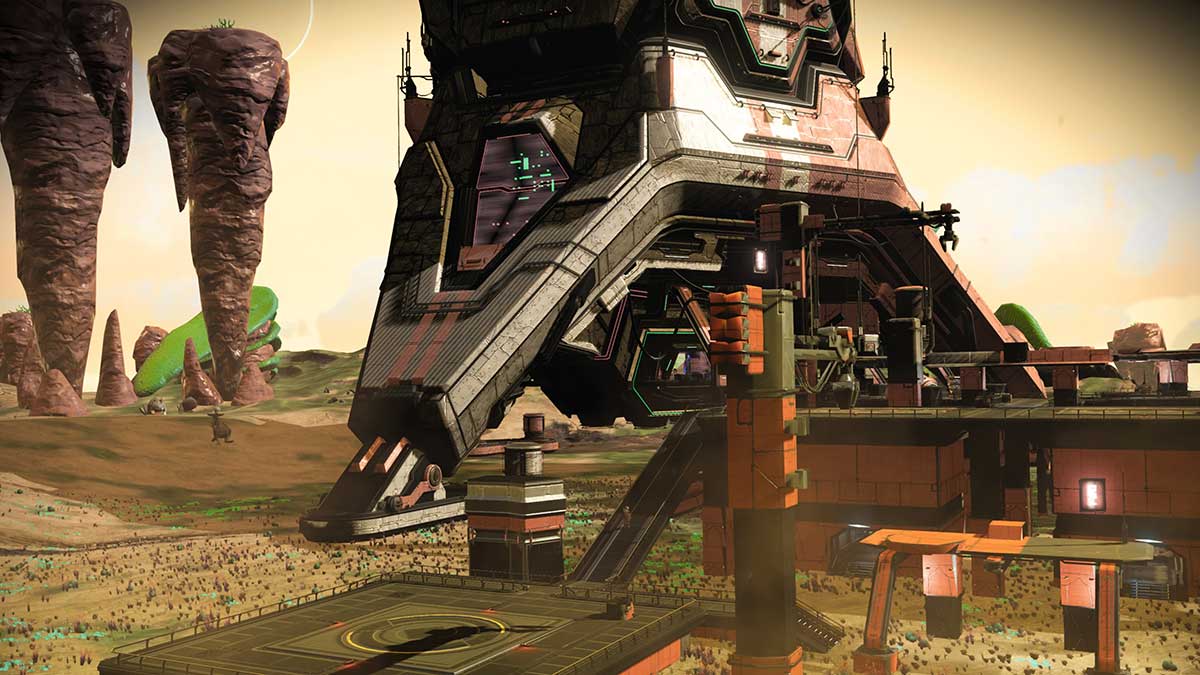 Forbidden Words is the third Milestone in Phase four of No Man’s Sky Expedition 4: Emergence. To complete it, you need to read the Writhing Manuscript. This is far from straightforward, requiring you to install a new technology module into your character and then locate a Planetary Archive where you can read the Writhing Manuscript. This guide will cover installing that module and finding the right place to read the document as efficiently as possible.

The Archive Override Implant plans are a reward for completing They Pushed Too Far, an earlier Milestone in the Expedition. This is the point at which you now need to install that technology. You’ll need three Hadal Cores, two Wiring Loom, and 90 Cyto-Phosphate. You can purchase Wiring Loom from the Galactic Trade Terminals on space stations, and you should have enough Hadal Cores from previous Milestone rewards. The only issue you might encounter is acquiring Cyto-Phosphate.

Cyto-Phosphate is only available from plants that grow underwater. Luckily, you can find those plants in the sea that makes up half of the planet that Rendezvous Point 4 is located on. If you’re not on this planet, you should still be able to find Cyto-Phosphate in deep-sea locations on planets with large bodies of water.

When you’ve acquired all of these resources, install the Archive Override Implant. Now you need to find a Planetary Archive to read the Writing Manuscript from. You could go to a space station and purchase a map for a Planetary Archive from the Cartographer, but it’s also possible to look around the planet and see bases built by other players that directly reference nearby Planetary Archives. We managed to find one by flying to a player’s base, and the Planetary Archive was next door.

Head inside the Planetary Archive and interact with the huge computer to read the Writing Manuscript. It’s a short story of a race that accepts death regularly whenever the storm comes, and the Worms rise to engulf entire settlements. This will complete the Milestone, allowing you to claim 401 Tainted Metal and the Writing Manuscript from the Expedition menu.