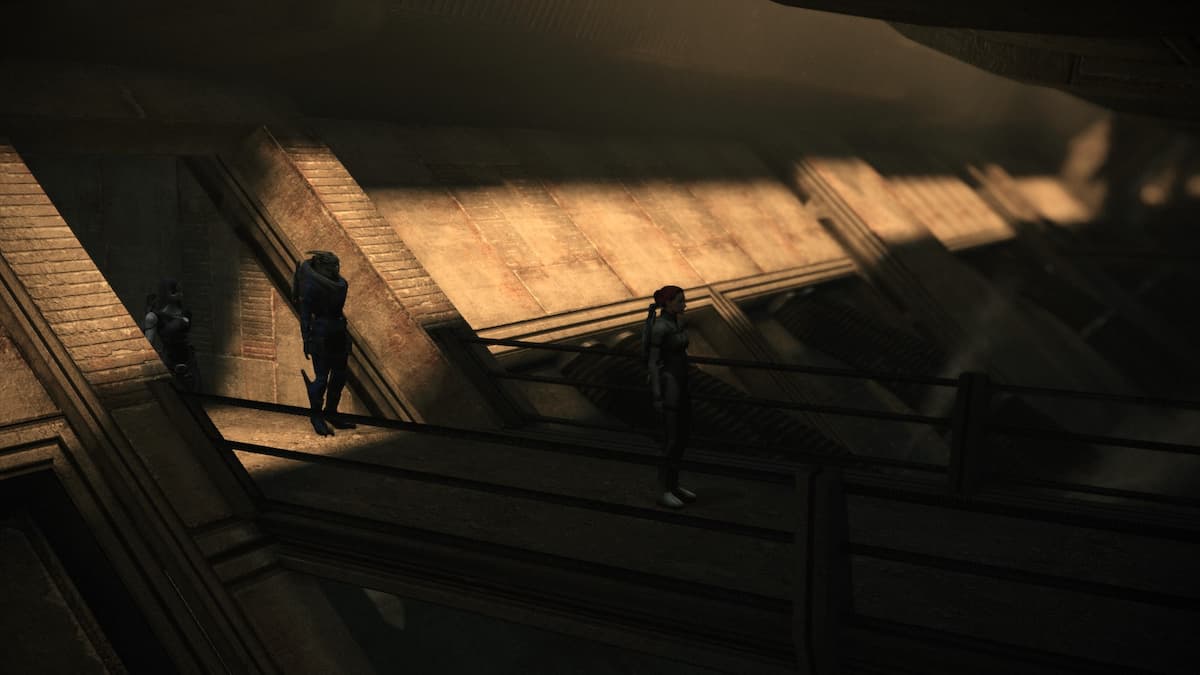 When you arrive on Feros in Mass Effect Legendary Edition, the colonists in the settlement there is under attack by the Geth. They’ve asked for your help, and they need you to clear out all of the Geth running around in the tunnels below them. You’ll need to head over to the tunnels and clear those out.

Where to find the Tunnels

You can access the tunnels by taking the staircase down from the tower. It’ll be the similar route you followed when you first arrived and cleared the tower of the Geth. Instead of taking the left turn, though, you’ll take a route, and go down the stairs.

When you initially arrive at this location, you’ll be ambushed by a small group of Geth, but they shouldn’t be too much to handle. Once you’re on the final floor of the tunnels, your goal will be to find and destroy the Geth transmitter.

How to find the Geth Transmitter

The Geth Transmitter is on the small floor when you arrive in the tunnels. If you follow the path and take a right, it will be on the first right that you can take. Because the Geth are using it to bolster their forces and coordinate, you can expect heavy resistance along the way.

When you arrive down the hallway heading to the transmitter, there will be a pair of Geth snipers on the upper level, and a Shock trooper on the bottom. We recommend eliminating the snipers, and then the trooper. After that, a Geth Assault Drone will appear, which shouldn’t be too much to handle. The real trouble is waiting for you in the room with the transmitter.

A trio of Krogan Warriors will be protecting the tower. These warriors are deadly up close, and use shotguns throughout the fight. They have a tendency to charge you to close the distance, as well. We highly recommend you draw their aggro at the door, and then lead them into the hallway where you battle the Geth moments ago. It makes it easier to pick them off, but be prepared to revive a squadmate or two after the battle.

Once the Krogan have been dealt with, you can advance into the room and destroy the transmitter using any of your weapons. Upon destroying the transmitter, you’ll receive payment and XP for your trouble, but you need to return to Fai Dan back at Zhu’s Hope that you’ve completed it.