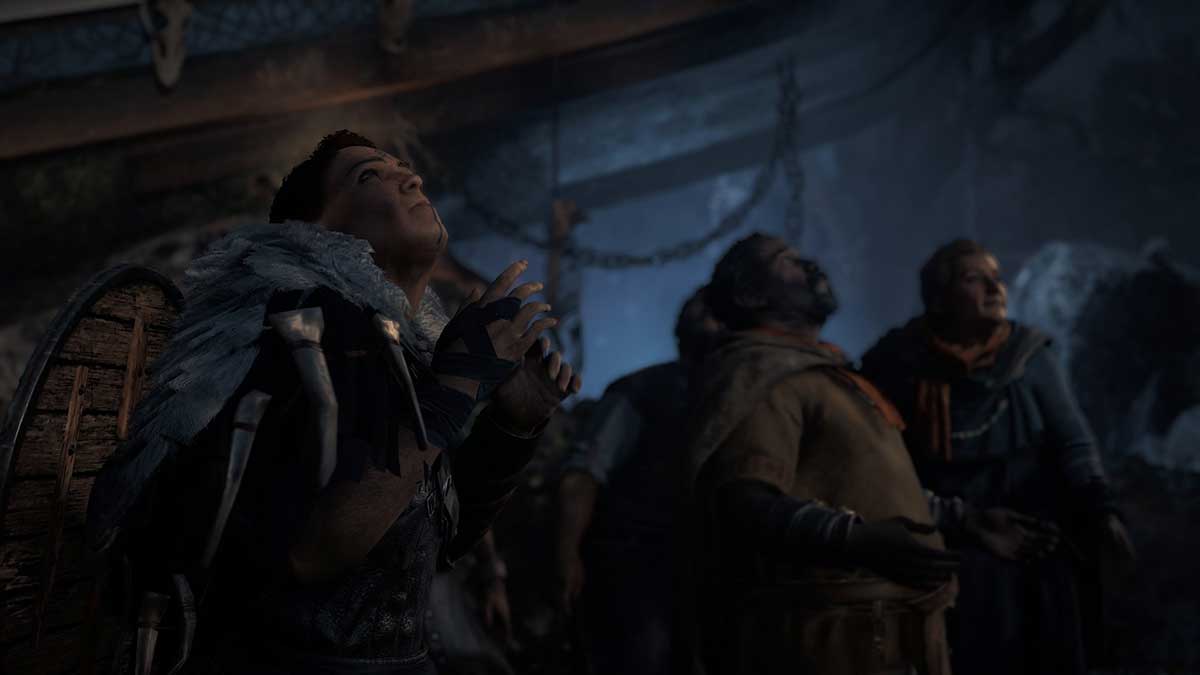 New quests are available in Assassin’s Creed Valhalla as part of the Oskoreia Festival. This festival is themed around Halloween and sees Eivor explore the spookier side of Norse culture. In this guide, we’ll explain how to complete Hunting for Honor, one of the main quests in this festival.

There are two parts to this quest. To complete the first one, you need to visit and try every activity that’s appeared in Ravensthorpe as part of the festival. You can track these from the quest menu, but they’re also quite noticeable and marked by quest markers around the settlement.

The three activities to try out are the archery challenge, the wave-based melee combat challenge, and the horse riding challenge. Once you’ve completed each of these at least once, it’s time to visit the character who Eivor tasked with guarding the Tokens during the festival.

You’ll find the Token bearer near the small shack opposite the ship. Speak to him, and Evior will explain how she wants the Tokens to be divvied out this year. This will lead you to Gudmund’s ship, which is covered in stories.

Interacting with Gudmund’s ship opens up the An Honorable Death quest, but you’ll need to complete the entire festival storyline that starts with Homeward to make everyone in Ravensthorpe feel safe. This sees Eivor dealing with the urns the mad monk has left around Ravensthorpe and uncovering how one man prevented an attack, even though it cost him his life.

The final quest, A Measure of Respect, will complete the storyline and the Hunting for Honor quest. As long as you’ve tried each activity at least once, you’ll be able to claim 200 Tokens from the Token bearer.