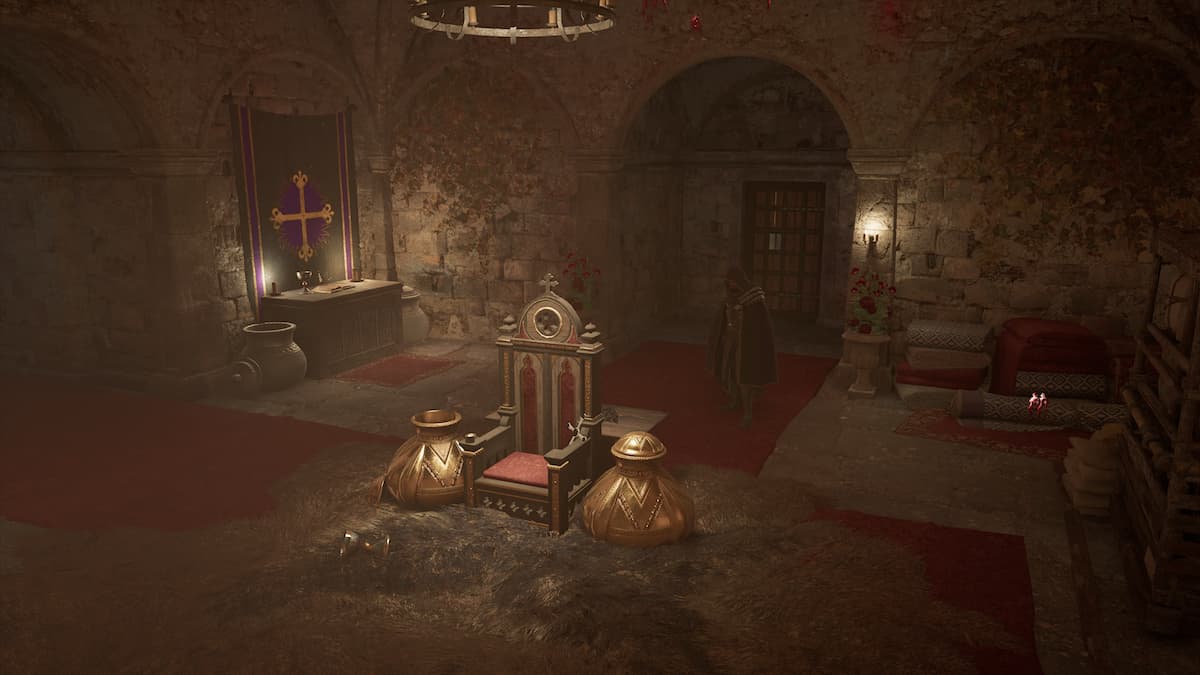 After you’ve eliminated Engelwin in Assassin’s Creed Valhalla’s The Siege of Paris expansion, you’ll unlock a quest called Majesty in the Dark. The quest has you riffling through Engelwin’s private chambers, where you’ll learn more about the man and the type of person he was. There could also be more hiding in the dark. This guide breaks down how to complete Majesty in the Dark.

The Majesty in the Dark quest starts when you enter Engelwin’s private chambers. Then, after assassinating him, proceed the way you came and stop right before you exit the area where the priest allowed you to enter once you had the robes on Eivor. Previously, it was locked, but with Engelwin’s key, you’ll now have access to it.

When you enter the room, use Odin’s Sight to find all of the small objects you can find. There will be one inside the main room, in front of a tapestry. There’s another in that same room on the wall, a scythe, which is a weapon you can then take with you moving forward. The others will be behind the hidden wall, which you can access by moving the crates on the left side of the room.

After searching all of the items, Eivor will discover Charles the Fat, the king of Francia, is in a brothel nearby. It will be an opportunity for Eivor to have an audience with him. You can find Charles at the Boatmen Baths Tavern in southern Paris.

When you arrive, you’ll have to locate Charles the Fat. You can find him by going to the left side of the tavern, down the stairs, and following the pathway down until you reach a locked door. Speak with the guard behind the door, and you’ll convince him to let you pass. You can proceed by having a two in charisma. Once inside, all you have to do is move further towards the back of the room, and you’ll hear Charles the Fat speaking with himself before encountering him.

A cutscene will play out between Eivor and Charles the Fat. Charles asks Eivor to complete a task for him, and by doing so, will potentially hear out about not attacking England. The next step is to speak with Toka back in Melun.

When you arrive, you’ll learn that the Franks attacked again and that things are growing more desperate for the Norse there. Eivor is allowed to live and search for Charles’ queen, but the tension is rising. The next quest you have to complete is The Missing Queen.