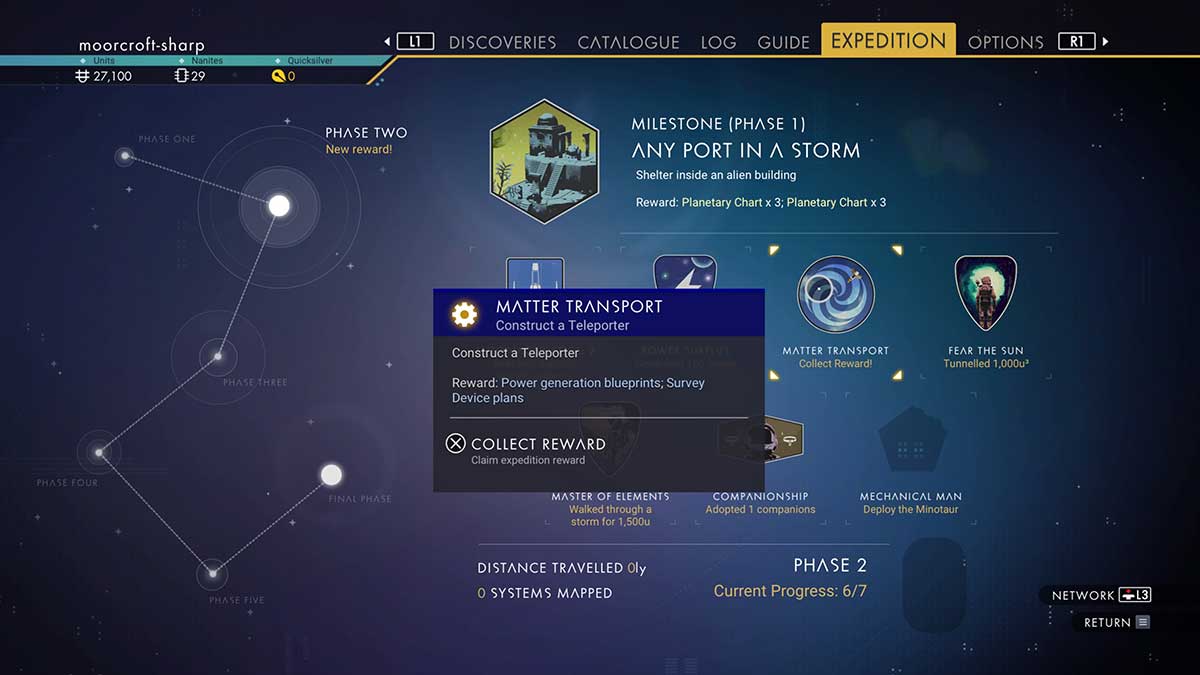 Matter Transport is the third Milestone in Phase two of No Man’s Sky Expedition Three: Cartographers. To complete it, you need to place a Teleporter in your base, but there are a few other things you need to consider as well. This guide covers a few tips to help you complete this Milestone and prepare for the future of the Expedition.

How to construct a Teleporter

First, you’ll need to unlock the plans to build a Teleporter from your base Construction Computer. This will cost you Salvaged Data, so make sure you don’t spend it on too many other plans. When you’ve purchased the plan, you can place the Teleporter, but you’ll need four Metal Plating, two Carbon Nanotubes, and 40 Sodium to build it.

Carbon Nanotubes are made from Carbon and Metal Plating from Ferrite Dust, both of which are abundant in the planet’s plants and rocks, respectively. You’ll need to use your scanner to identify Sodium deposits on the planet’s surface. The easiest way to collect it is from plants rather than by mining anything. When you have all of these resources, you can build the Teleporter.

You’ll complete this Milestone as soon as you’ve built the Teleporter, but you’ll need to be able to use it for a future Milestone. We recommend placing it near a Battery so that you can power it later on in your playthrough. This will allow you to hook it up to a network of Teleporters and easily travel between them.

When the Milestone is complete, you can claim Power Generation Blueprints and Survey Device Plans as your reward from the Expedition menu.